No Result
View All Result
Latest News
Pornography case: Rajkundra’s bail plea heard in Mumbai High Court today 27/07/2021
Doubts about a trip to Qatar; Visit this guide from GCO 27/07/2021
Ex-SBU officer assessed the chances of a positive decision of the ECHR on the claim of the Russian Federation against Kiev 27/07/2021
Tugo: 18 Brahma oranges per plant .. Special, people coming to see 27/07/2021
Beyoncé and Jay-Z’s mansion burned down after allegedly arson 27/07/2021
Next
Prev
Home World

Hasty pilgrims end their Hajj with a farewell circumambulation 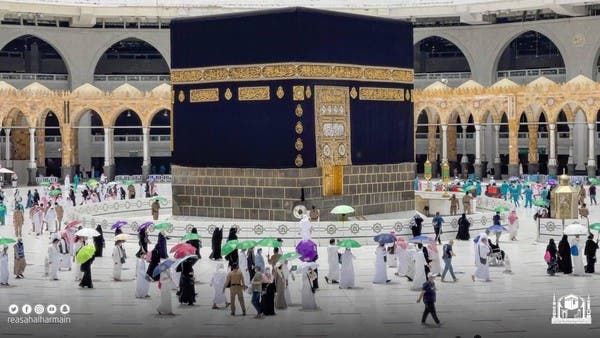 
Amid tight organization and the application of commitment to social distancing and all precautionary measures for a safe and healthy pilgrimage, the hasty pilgrims began the farewell circumambulation, after leaving Mina after the sun had passed away and throwing the three Jamarat.

In the details, and after stoning the Jamarat on the last days of the Hajj, the pilgrims head towards the Grand Mosque in Makkah to circumambulate the ancient house, after the convoys of pilgrims have completed the performance of its rituals with its pillars, duties and obligations. The duties of Hajj that the pilgrim should perform before his travels.

For his part, the Director of the General Administration of Crowds and Promotion at the Grand Mosque, Engineer Osama Al-Hujaili, explained that the farewell circumambulation plan comes in two stages during the twelfth and thirteenth days, taking into account the preparation of the floors of the courtyard and the exit of the ground and first floor, which are 25 lanes in the courtyard, and 4 lanes on the floor The ground floor, and 5 lanes on the first floor, and allocating lanes for people with special needs, according to the precautionary measures.

Chiranjeevi: A little help for Pavala sisters .. Megastar who set up a pension every month

Carrying the corpse of the daughter on the bed, 35 km. Father’s walk .. heartbreaking video

Roma deprives Atalanta of second place and tied with him