Have the protests affected the buying and selling movement in Sudan? 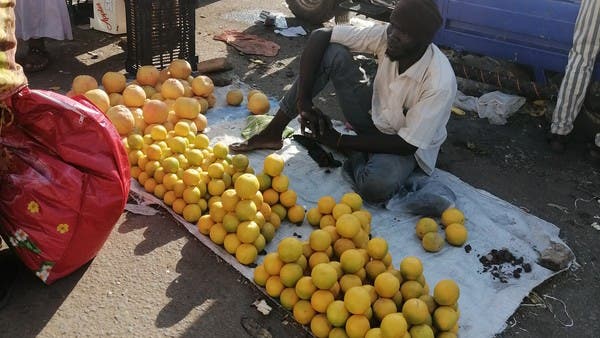 A state of instability in Sudan since the procedures of the 25th of October. Demonstrations here and there paralyzed the movement in the capital, Khartoum, to the point where not a day goes by without a procession or a protest stop, which of course affected the movement of buying and selling in the markets.

stagnation in the markets

When the resistance committees announce a demonstration, the Sudanese security authorities take a number of security precautions, the most important of which is closing the bridges that connect the three cities of the capital, which leads to isolating the residents of those cities, each in his own city. Shops close to the demonstration areas are closed for fear of security breaches that may accompany the demonstrators from sabotage groups.

“Seddik Ali”, who lives in Omdurman and works in the industrial area of ​​Khartoum, did not hide his support for the Sudanese movement since the outbreak of its first spark until the fall of Al-Bashir’s government, but at the same time he sees that demonstrating on a daily basis causes the demonstrators to lose sympathy and popular support, as some work for their livelihood.

With regard to purchasing power, he said that it had declined by more than 50%. The ongoing protests almost daily in the capital stopped companies and shop owners in the states from coming to the capital, and they preferred to shop within their state despite the great difference in prices. Siddiq added that the protest process in eastern Sudan Recently, it had a significant impact and led to a doubling of shipping prices to Sudan, which was reflected in the goods and their prices increased significantly. All these reasons made traders in an unenviable position, high prices for goods and a significant decrease in purchasing power. This did not prevent a friend from continuing to support the demonstrators. On a personal level, he considered it a sacrifice no less than the sacrifices of the revolutionaries and revolutionaries on earth.

Explore Arabic. We have the opinions of some citizens in the Sudanese public street. Many supported the protests, despite the paralysis of public life and the restriction of people’s movement, considering this as the main goal of it, which is to convey the voice of their rejection of the decision-making centers of the state and their ability to influence the shape of life.
While a number of Sudanese disagreed with this idea and said that the demonstration and protest must be civilized and take into account all classes of society, including workers, low-income and classes looking for their livelihood day by day.

In the central Khartoum area, the movement of citizens seems almost non-existent on the day of the millionth, the security authorities impose a security cordon to prevent the demonstrators from reaching the sovereign sites, most of which are stationed in this area, closing bridges prevents the residents of Bahri, Omdurman and East Nile from the merchants who work in this area from reaching the places Their work, even if one bridge remains open and they manage to reach, the security authorities prevent them and close the shops hours before the start of the demonstration.

The Gold Building complex, which is the largest complex for selling gold in Sudan, is completely closed. Traders do not go to work for fear of slippage, and the police forces protect and secure the complex.

The effects of the demonstration also included shops selling technological devices such as computers and phones. In the Emirates Building complex in central Khartoum (the largest computer complex in Khartoum), Salah Obaid (shop owner) tells Al Arabiya. He explained their suffering with the continuous closure of bridges and cutting off the communications network, saying: “After the vacation was one day in the complex, it became six days, and work in one day, often.” He added that even after opening the bridges, citizens remain afraid and do not leave their homes.

This situation made many of the employees of the complex move to other fields or preferred to emigrate outside Sudan.

The weakest segment of street vendors suffers greatly, as they are forced to work on a daily basis, even in the days of millions. Some of them told Al-Arabiya.net that the security authorities do not differentiate between a demonstrator, a seller, and an ordinary citizen.

Car markets also found their share of influence. Citizens’ reluctance to buy led to almost complete paralysis in the market, and some dealers told Al Arabiya.net: “In the past, people used to save their money by owning cars, but in light of the current situation, everyone thinks about how to live and there is no surplus money. from the origin”. This horrific recession that hit the auto market led to a drop in prices to attract people and move the market.

In light of a proposed UN initiative that received international support while differing views on it internally, some analysts believe that dialogue is the way out and that it is the only way to cause a combustion that leads to the return of life in Sudan to what it was before the October 25 procedures, and revives the spirit again in the markets.