Hayato: The UAE League is fun… and my eyes are on the “professionals” 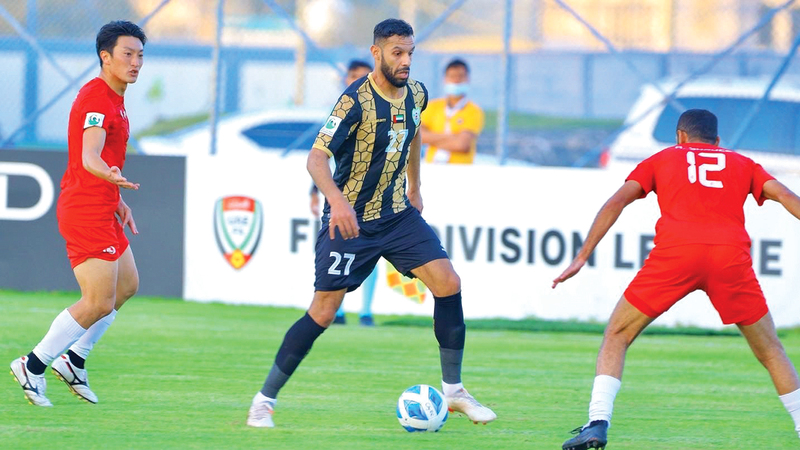 The Japanese player of the “City” club, Hayato, expressed his happiness to participate with his team in the current season of the First Division, and described his experience as exciting, especially as he is the first Japanese player to join an Emirati club and participate in its competitions, stressing that he is happy to play in the UAE League, and satisfied. For his technical levels, and looks forward to continuing his playing career next season, hoping to get the opportunity to play for one of the professional league clubs, and sees him have the ability to appear distinctively.

Hayato revealed that he works as a coach in a sports academy, in addition to his role as a player in the City team, and told «Emirates Today»: “The UAE League is fun and strong compared to many clubs in which I played in the junior stages, and also in the first and excellent league in many countries. Especially since the Emirates League is the tenth league I play in, I have previously played in different ages in Australia, Lithuania, Germany, Latvia, Kosovo, Mongolia, Nepal and Sweden, and I have experience in each of them, but I feel very satisfied here in the Emirates. ”

He explained, “I am happy with my experience with the City team, which I can describe as a distinguished team with great aspirations, even though it is a recent establishment.” He continued, “I want to join one of the professional league teams next season, and I hope to get this opportunity, so in every match I play I have been keen to provide my best technical level to serve my team first, and to make a good impression, especially as I am the first player.” A Japanese player who plays in the UAE First Division.

He continued: “I have many goals and aspirations next season that I look forward to achieving, and there is still time to resolve this matter and so far I have not set my new goal, but I am looking forward to playing in the professional league and if that is not easy, I will continue to play in the first division, because I do not want to I quit football. He continued, “I did not think much about the amount of money, despite its importance, as much as my love for football, so I did not find it difficult to come daily from Abu Dhabi to Dubai to train football.” The Japanese player confirmed that he is very impressed with the performance of the Al Ain team, so he is always keen to follow him, and believes that the Brazilian player of Sharjah, Caio, is the best player in the league.

Hayato talked about the upcoming World Cup and said, “The Japanese team fell into a difficult lottery with Spain and Germany, which made it a difficult task, and in order to cross the group stage, it had to beat one of them, expecting Argentina to win the next World Cup, and he concluded that he expected to return the League Cup. The Asian Champions for the East of the Continent in the current edition, in which the Japanese club Kawassa Frontale is crowned.”

• Hayato is the first Japanese player to play in the First Division.

• He works as a coach in a sports academy, and a player in the City team.