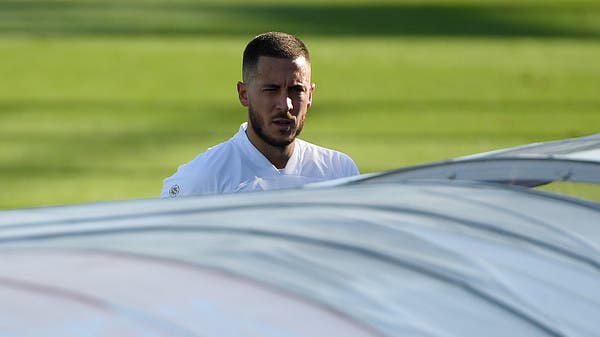 Belgian Eden Hazard, Real Madrid’s player, is looking forward to participating for the first time in the Clasico match against traditional rivals Barcelona, ​​when the two teams meet, on Wednesday evening, at King Fahd Stadium in the Saudi capital, Riyadh, in the semi-finals of the Spanish Super Cup.

The 31-year-old has never participated in the Clasico match after moving to the Spanish capital team in the summer of 2019 from Chelsea.

Hazard suffered injuries in his career with the team, only participated in 59 games with Real Madrid, and has only 5 goals, with 10 assists for his teammates.

During his stay with Real Madrid, the team played five matches against its arch-rivals Barcelona, ​​and Hazard was unable to be present for any minute.

The first Clasico match in the tenth round of the Spanish League season 2019-2020, the Belgian missed the injury, and the match ended in a draw, and in the face of the second round also missed due to injury and the White team resolved it with a double for free.

During the following season, Hazard missed the Clasico in the seventh round due to an injury that ended 3-1 in favor of the capital’s team, and the same thing was repeated in the second stage, and Real Madrid won with two goals to one.

In the first round encounter this season, Hazard was in Real Madrid’s squad for the Clasico, but Italian coach Carlo Ancelotti put him on the bench, and did not give him the opportunity to participate in the match that his team won with two goals to one.

He hopes that the player, who scored 110 goals in the Chelsea shirt, will be present in Wednesday’s match, for the first time in his career, knowing that he did not taste the taste of victory against Barcelona in the two matches in which he participated with Chelsea in the Champions League in 2018.