He disobeyed his father’s orders to become a soccer player 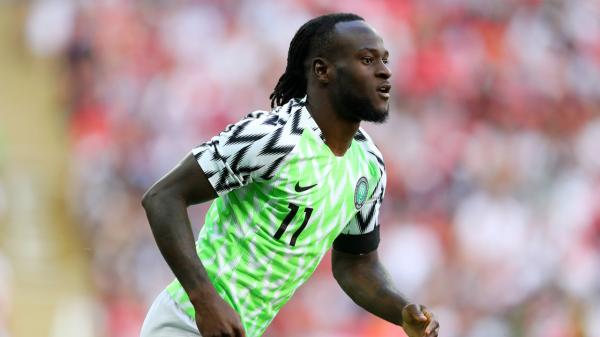 His father wanted him to quit football and join the Nigerian army when he was young, but Moses Simon has not given in to his will and is preparing for the Africa Cup of Nations finals in Cameroon, when his country faces Egypt on Tuesday in the first round of the group stage.
The fast-paced 26-year-old won many successes after starting a career that saw many travels, before now starring at France’s Nantes.
Simon has scored 13 goals since moving to Nantes on loan from Spain’s Levante in 2019, and has become one of the pillars of the Nigerian national team in recent times.
But before that, he had to persevere in order to become a professional footballer, contrary to his father’s wishes.
Simon said: “My father loves football but he did not want me to play the game. He wanted me to be like him and joined the army, because most of the footballers in my area did not achieve success and said ‘No, you should join the army, so I had to I make double efforts and that is why I chose to go to a school that plays football, and when he asked me: (Where do you want to go), I chose a school that plays football without him knowing about it.”
“But my mother, like all mothers, wanted the best for her son, so when you are happy, they are happy.”

Simon went to Europe for the first time in 2013, at the request of an Ajax Amsterdam scout, but soon returned to Nigeria.
His first real experience was with the Slovakian club Trenčín, where he played for two seasons.
Simon sums up his first European experience by saying, “Things did not go well with Ajax. I think there was a dispute between the business manager and the club, so I decided to return to Nigeria, where I stayed for four months before moving to Slovakia.”
He explained, “I was eighteen when I moved to Slovakia. I moved with a friend of mine. We played in the under-20 category together. On that day we signed together. It happened in January and of course the weather was very cold. But we didn’t have The choice is to stay together and encourage each other if we want to succeed.”
The Nigerian national team is one of the contenders to win the title, along with Algeria, which was crowned three years ago, despite preparations marred by the dismissal of German coach Gernot Rohr from his post after fluctuating performances in the World Cup qualifiers.
Simon expressed his confidence in his country’s ability to win the continental title for the first time since 2013: “Crowning is the goal. In the last edition we finished third and now we have to do our best to win the gold medal and we can do that.”
On changing the coach, Simon said: “Every coach of the Nigeria national team will face difficulties, because he has to do what the fans want, which is to play well and win.”
“In Nigeria, everyone sets themselves up as a coach, so it is not easy to coach Nigeria,” he added.
Former Nigeria coach Rohr had involved Simon in more than one position on the pitch and said of this matter, “I don’t find any problem with that if the coach thinks I can play in this position or that. Even if any coach asks me to play as a goalkeeper because he trusts me, I’ll stay between the three woods.”