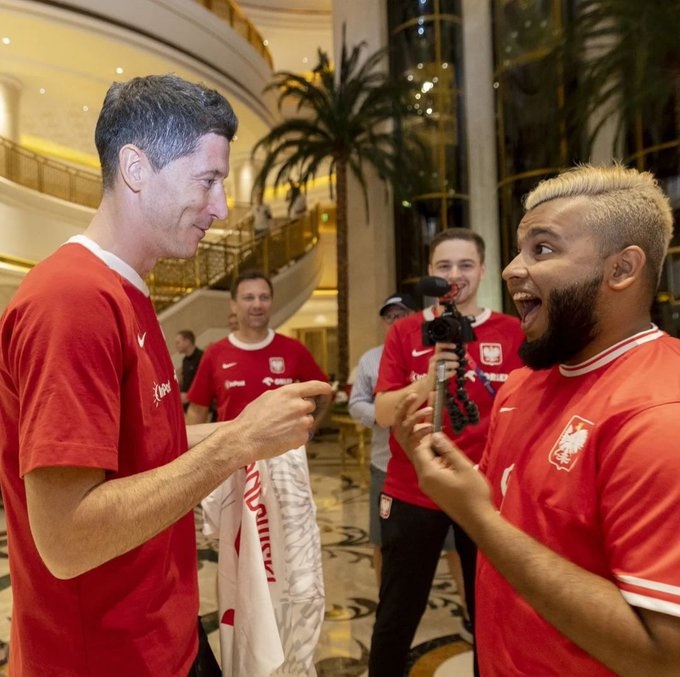 The echo of this scene reached Barcelona’s Spanish star Lewandowski, who received him in the lobby of the Polish national team’s hotel and gifted him his signature shirt.

The cheerleader appeared during the video with a funny dance that garnered six million views in less than 24 hours after it was posted on Twitter.

Witness: The strangest fan: he took off the Saudi shirt and turned into a Polish fan after Lewandowski’s goal https://t.co/e0lfHIlMCCpic.twitter.com/oUGzGjqpER

The fan sparked a great controversy on the communication sites, especially since the Saudi fans denied that this fan was a Saudi citizen, indicating that he belongs to an East Asian country.

The match ended with Poland winning 2-0, which means that it needs a draw in the Argentina match to qualify, while Saudi Arabia needs to beat Mexico to ensure qualification.