Head of the Severodonetsk Administration: Kyiv controls 20% of the city 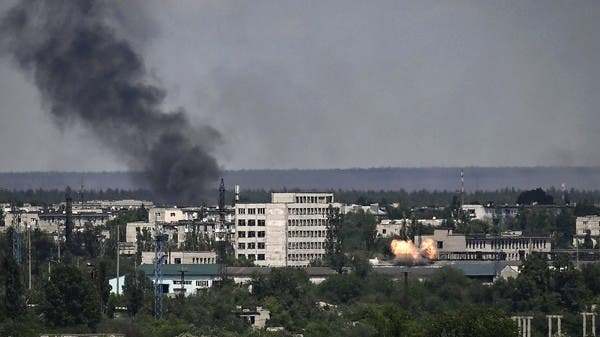 With Russian forces advancing rapidly in the Donias region of eastern Ukraine, especially in Severodonetsk, a Ukrainian official revealed that Ukrainian forces control only 20 percent of the city.

The head of the city administration, Oleksandr Stryuk, explained that Russian forces control 60 percent of the city, noting that there is still hope to prevent Russia from controlling it completely.

Today, the governor of Lugansk region, Sergey Gaidai, said that about 70 percent of the destroyed city is in the hands of the Russians. He reiterated that 90% of the city was destroyed, stressing at the same time that the fighting continues, noting that the Russian forces are “reinforcing their positions” in the strategic city centre.

The fall of Severodonetsk would likely pave the way for Russian control of Sloviansk and Kramatorsk, the last strongholds of Ukrainian forces in the east.

It is noteworthy that the Russian forces have been seeking, since the start of their military operation on the lands of its western neighbor on February 24, to control the important Donbass region, with the aim of opening a land corridor connecting the lands and regions in the east to the south, where the Crimea peninsula, which it annexed to its territory in 2014.