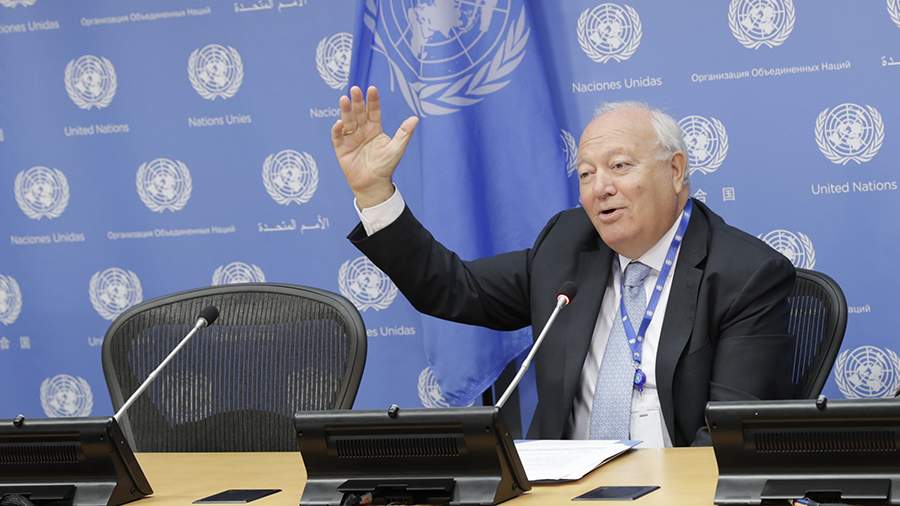 “I had a telephone conversation with the High Representative of the Alliance of Civilizations Miguel Moratinos. The High Representative expressed strong support for President Kassym-Jomart Tokayev and wished peace and stability to all the people of Kazakhstan, ”the Kazakh diplomat said in a statement.

Earlier, on January 7, the UN Security Council issued a note from the Permanent Mission of Kazakhstan on the situation in the country. The document noted that the riots and looting in the republic speak of the planned actions of the conspirators. In addition, in the document, the country’s authorities indicated that no rallies can justify attacks on law enforcement officers and their murders.

As of January 9, law enforcement officers detained 4409 instigators of the pogroms. It is noted that there are foreign citizens among them.

The situation has become especially aggravated in the largest city of the country – Alma-Ata. The protesters broke into the administration building, set fire to the building of the prosecutor’s office and the office of the ruling party. Radical protesters armed themselves and began looting, destroying shops, pharmacies and banks in the city.

It also became known about 18 security officials killed during the protests in the republic. Two of them were beheaded. The Ministry of Health of Kazakhstan said that the participants in the riots also attacked doctors: more than 10 doctors were injured.

On January 5, Tokayev announced that he had applied to the Collective Security Treaty Organization (CSTO, which includes Russia, Belarus, Kazakhstan, Kyrgyzstan, Armenia and Tajikistan) for help in overcoming the terrorist threat. After that, Armenian Prime Minister Nikol Pashinyan, who holds the post of CSTO chairman, announced that the organization would send collective peacekeeping forces to the republic for a limited period of time to stabilize the situation.

Later, the CSTO secretariat reported that the Russian part of the peacekeeping contingent was being transferred to Kazakhstan by military transport aircraft of the Russian Aerospace Forces. It was noted that the advanced units from its composition had already begun to fulfill the assigned tasks. Also, Belarusian peacekeepers arrived in Kazakhstan. Aircraft of the Aerospace Forces (VKS) of the Russian Federation delivered to Kazakhstan the Armenian and Kyrgyz military from the CSTO peacekeepers.