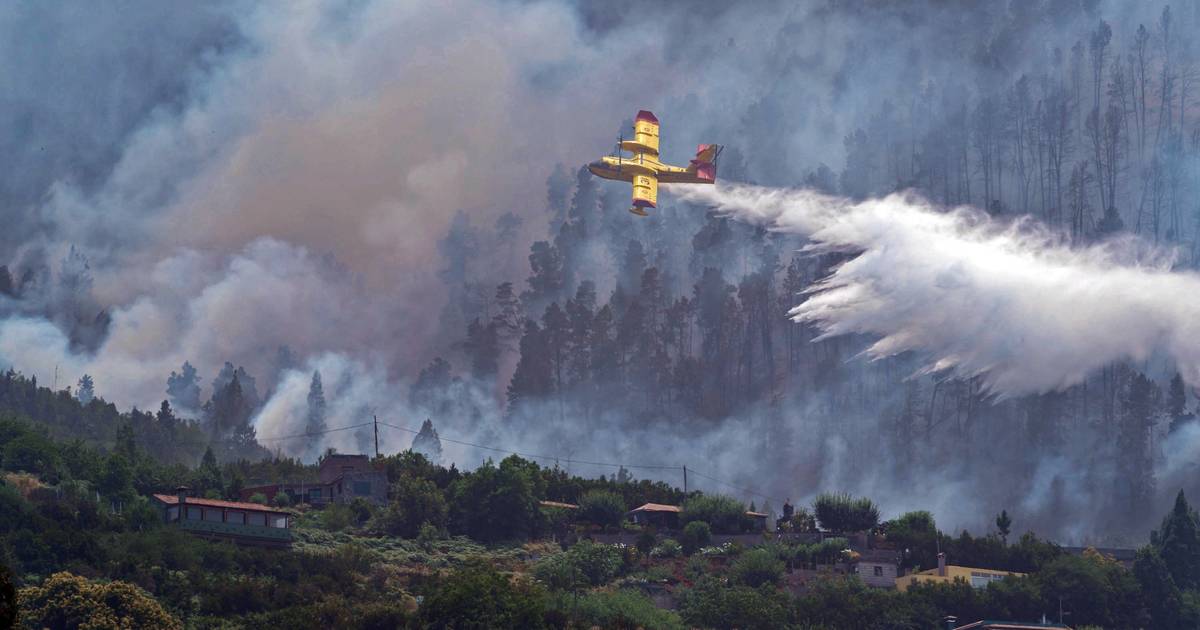 Firefighters across Europe are struggling to bring intense fires under control. In Greece, Spain and Slovenia in particular, persistent dry heat leads to major fires, often resulting in evacuations from nearby areas. Tourist areas also suffer from the fires.

A fire that broke out this week and is still raging on the Spanish island of Tenerife has already destroyed more than 2,150 hectares. Emergency services on the popular touristic Canary Island have rescued 585 residents of La Guancha and elsewhere in the north of the island. Hikers have been warned to avoid the nearby Teide nature reserve as flames approach the area. Higher humidity and weaker winds are expected to bring relief soon.

In addition to Tenerife, Spanish firefighters have yet to work in Yunquera de Henares, northeast of Madrid, and Olmeda del Rey, southeast of the capital. All in all, fires destroyed about 200,000 hectares, or 2000 square kilometers, in Spain in the first seven months of the year. However, most forest fires in Spain are largely under control.

Mix of heat waves and drought

At the same time, major fires in Dadia National Park in northeastern Greece and on the Aegean island of Lesvos have spiraled out of control as a damaging mix of heat waves and drought made it difficult to extinguish the flames. The village of Dadia was evacuated and soldiers and workers were dispatched to cut so-called firebreaks in the oak and pine forest. About 320 firefighters were deployed to fight the fire. On the south side of the island of Lesvos, where two villages have already been evacuated, several houses and cars have caught fire. The island is struggling with strong winds, which further fuel the flames.

According to the Greek authorities, almost all available fire fighting helicopters and aircraft are currently in use throughout Greece. In the past 24 hours, 141 fires were registered in the country, according to the fire service. Temperatures of 40 degrees are forecast for some places, with little rainfall in the coming days.

Entire villages have already been evacuated in Slovenia’s Karst region, while some 2,000 firefighters, civil defense workers and volunteers are fighting forest fires continuously fanned by strong, dry winds. A complication are unexploded bombs from World War I, which means that firefighting in some areas can only be done from the air.

In neighboring Italy, about 350 people have been taken to safety near Gorizia on the border with Slovenia, because strong winds could spread the fire to Italy. The village of Savoyna d’Isonzo, among others, was hit.

A fire is also raging in the Bohemian Switzerland National Park, on the border with Germany. The fire has spread over an area of ​​approximately 7 hectares, not far from a picturesque rock formation that is popular with tourists. The extinguishing work is hampered by the difficult-to-access terrain. It is suspected that the fire was caused by human negligence.