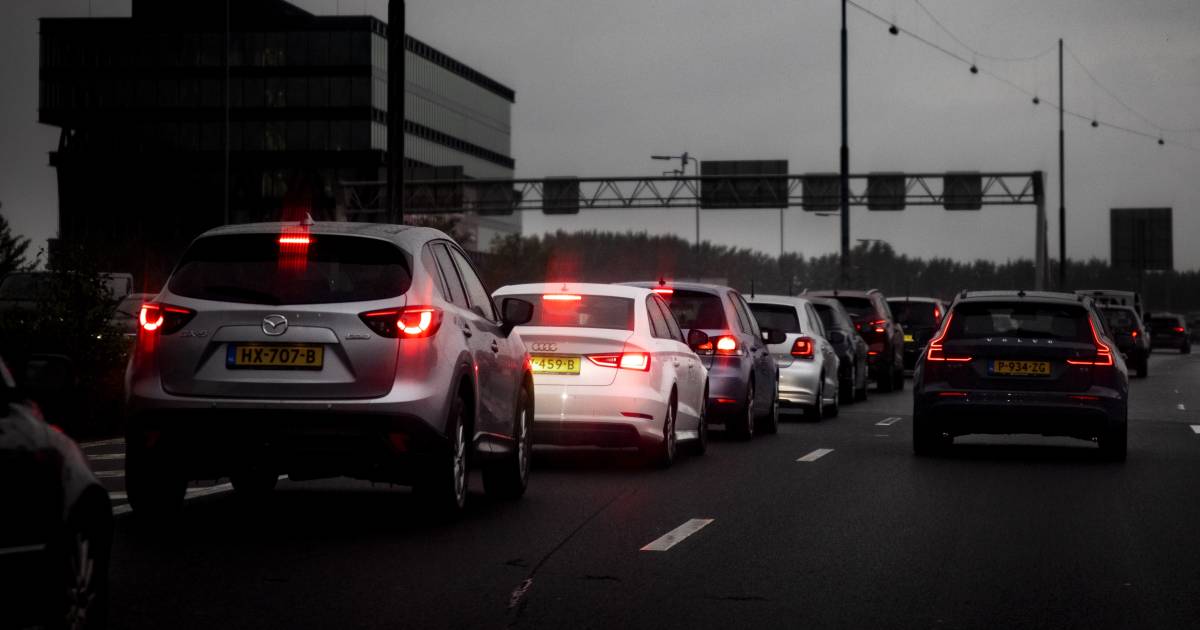 The bad weather this morning is causing a ‘heavy morning rush hour’ on the highways. According to Rijkswaterstaat, there was about 300 kilometers of traffic jams around 08:00. Code yellow has been in effect for the west of the country since 6 a.m. Dangerous situations arose in a few places during the morning rush hour, but major accidents did not occur.

Remarkably enough, the biggest problems are in the south of the country, while code yellow was only declared for the coastal provinces. A major accident took place on the A2 near Vught and a tree is about to fall along the A2 towards Maastricht, near Born.

Given the bad weather, the traffic jams are not too bad, says a spokesperson for Rijkswaterstaat. “Either people have listened carefully to the advice to work from home, or it has simply remained relatively quiet. If there are many accidents involved, it is busy anyway. But without accidents, you can trudge on at 80 kilometers per hour during the heavy rain.”

She emphasizes that Rijkswaterstaat does not ask people to stay at home, but only advises to consider whether there are other options. If working from home is possible, it is recommended to avoid large crowds during rush hour. Only with weather code red, which is certainly not the case now, do people get the urgent advice not to go on the road.

Rijkswaterstaat emphasizes that delays are possible throughout the country due to the heavy rain in combination with the strong wind. People with large trucks or trailers in particular should be careful, says Johnny Willemsen of Weerplaza. In some places, especially early this morning, there was a lot of water on the road, which could cause aquaplaning; cars that lose grip on the road surface and are therefore no longer easy to drive. During the peak of the rush hour, most of the rain had already fallen and this danger had largely passed.

Weather code yellow applies until 10 a.m. Strong wind gusts of up to 90 kilometers per hour can occur in the northwest of the country. Up to 18 millimeters of rain can fall in some places.

KNMI warnings: where do they come from? Robbyn Jansen will sort it out for you:

Weather code yellow also applied last night, for thunderstorms. That turned out very well in the end. The predicted wind gusts were also slightly less hard than feared. The 90 kilometers per hour was not achieved at the weather stations. Weerplaza has seen few damage reports.

Tomorrow morning motorists can prepare for bad weather again. In the coastal provinces, code yellow again applies from 2 a.m. to 10 a.m., especially for heavy gusts of wind. Willemsen: ,,That will be somewhat comparable to today’s wind, although it will come a little more from the west.