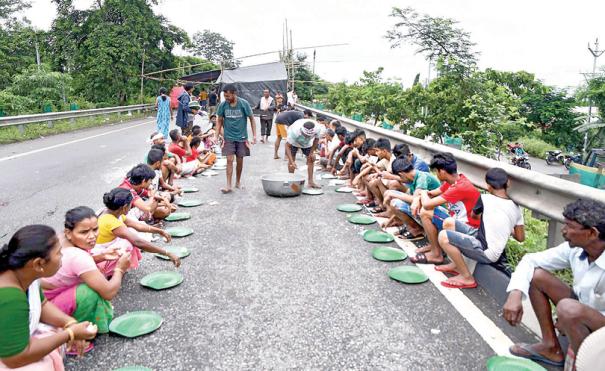 Guwahati: Heavy rains lashed Assam, Meghalaya and Tripura for the last two days. This caused floods and landslides in many places. Twelve people were killed in Assam and 19 in Meghalaya. Agartala, the capital of Tripura, has also been hit by floods. It rained 145 mm in 6 hours. It is the 3rd heaviest rainfall in the last 60 years.

Machinram and Cherrapunji in Meghalaya have received the heaviest rainfall since 1940. All educational institutions here have been closed due to the floods. Meghalaya Chief Minister Conrad Sangma has announced Rs 4 lakh relief aid to the families of flood victims.

3,000 villages in Assam have been flooded. 43 thousand hectares of arable lands have also been inundated. A boat carrying flood victims sank in Assam’s Hojai district. Of these, 21 were rescued and 3 children were missing.

Prime Minister Modi contacted Assam Chief Minister Himanta Biswa Sharma and inquired about the flood situation. He also promised to provide all assistance for the rescue operation. The Assam government has also arranged for special flights between Guwahati and Silchar to evacuate flood and landslide victims.

In Arunachal Pradesh, a dam being built for a hydropower project has been submerged by the flood waters of the Suban Siri River.