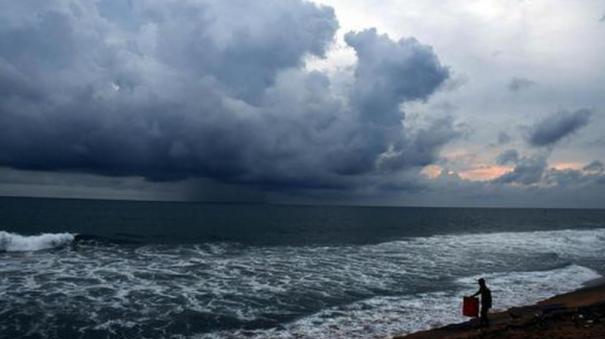 New Delhi: A new storm has formed in the southeastern Bay of Bengal. Named Asani, the storm is expected to bring heavy rains with strong winds in Andhra Pradesh, Odisha and West Bengal.

The Indian Meteorological Department said in a statement yesterday that the deep depression in the southeastern Bay of Bengal has turned into a storm. The typhoon was reported 380 km from Port Blair, the capital of the Andamans. 970 km from Visakhapatnam in Andhra Pradesh. It is located 1,030 km from Puri in Odisha. The distance is level. At 16 km. Is moving in a northwesterly direction at speed.

Hurricane Asani is unlikely to cross the border in Andhra Pradesh and Odisha. But the meteorological center predicts that the sea will cover those states. The storm is likely to cause severe damage in Odisha and southwestern Bengal, with winds of up to 125 kmph. The Met Office has warned of heavy rains.

With this in mind, the state government is making arrangements to evacuate 7.5 lakh people living in coastal areas of Odisha and relocate them to safer places.

Precautionary measures are being taken in West Bengal and Andhra Pradesh as well. State and National Disaster Rescue Forces are on standby. According to the Met Office, Bihar, Jharkhand, Assam and Sikkim are likely to receive heavy rainfall over the state.

Each storm is named according to the World Meteorological Organization. India, Sri Lanka, Bangladesh, Maldives, Myanmar, Oman, Pakistan, Thailand, Iran, Qatar, Saudi Arabia, the United Arab Emirates and Yemen are among the countries that have been named for storms in the Arabian Sea and the Bay of Bengal.

In that line, the new storm that has formed in the southeastern Bay of Bengal has been named Asani on behalf of Sri Lanka. It is a Sinhala word. Asani means anger or rage.