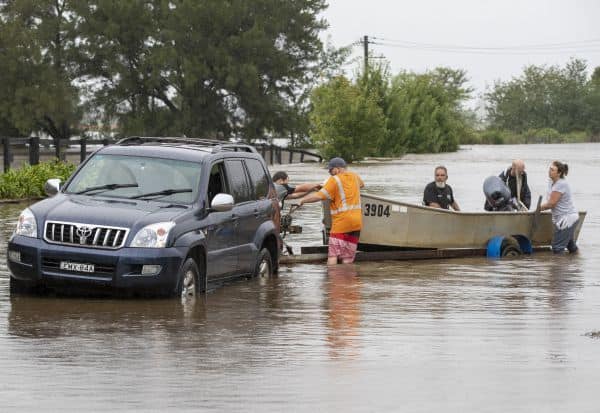 Sydney: Heavy rains in Australia have caused flooding in most parts of the country. The normal life of the people is affected.

The east coast of Australia has been experiencing heavy rains for the past few days. Extreme levels of flood danger were announced in many parts of New South Wales, causing panic among the people. The provincial administration has advised them to move to safer places. Most of the dams are overflowing due to the incessant rains. Surplus water from this area, in many areas, has flooded.

The water level at the Warakamba Dam, which provides drinking water to the people of Sydney, has exceeded its full capacity. Experts warn that the dam has been flooded since 1990. Authorities are working to evacuate people living in nearby areas so that they are not harmed.

People are flocking to relief camps set up in northern Sydney. Hundreds of rescue workers are involved in the rescue operation.