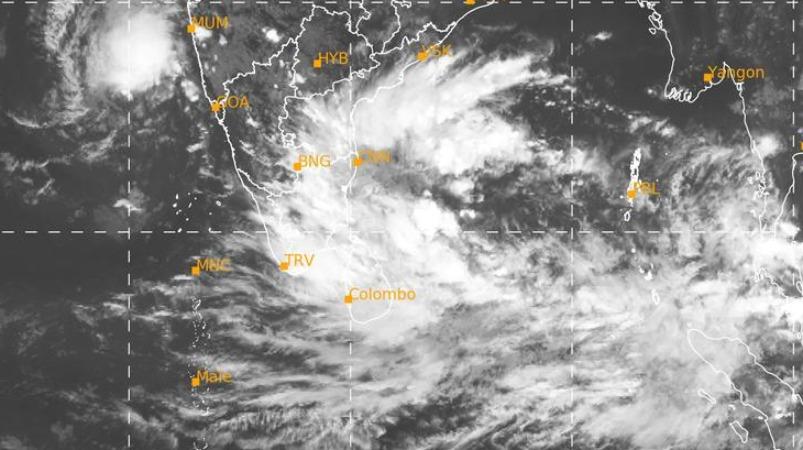 According to the Indian Meteorological Department:
A low pressure area is located in the southeast and adjacent southwestern Bay of Bengal.
It averages 5.8 km above sea level. Cycle that lasts up to.

It is likely to move almost westward to reach the west central and adjacent southwestern bays. Tomorrow, by the 18th, it will reach the southern Andhra Pradesh – North Tamil Nadu coast.

Tamil Nadu, Pondicherry, Andhra Pradesh and Kerala, Mahe will receive widespread rainfall over the next 4 days.

On November 17 and 19, a few places in the southern coastal areas of northern Tamil Nadu, Pondicherry and Andhra Pradesh are likely to receive heavy to very heavy rains.

On the 18th in a few places in the coastal areas of northern Tamil Nadu, Pondicherry and Andhra Pradesh
Chance of heavy rain.

On November 18 and in the west central and adjoining southwestern Bay of Bengal strong winds of 40-50 kmph, sometimes up to 60 kmph.

Coming 19th: Hurricane force winds of 40 to 50 kmph and intermittent 60 kmph are likely in the coastal areas of south-western Bay of Bengal, southern Andhra Pradesh and northern Tamil Nadu. Fishermen are advised not to go to these areas.

Rainfall recorded in the last 24 hours