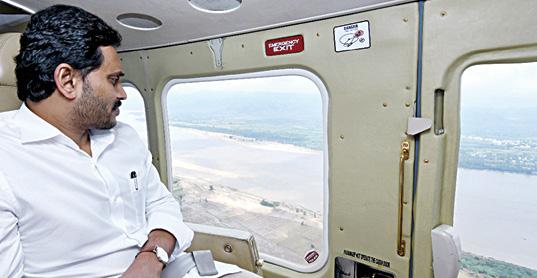 The barometric depression formed in the Bay of Bengal crossed the coast near Chennai yesterday morning. In Andhra Pradesh, heavy rains lashed 5 districts namely Chittoor, Nellore, Kadapa, Anantapur and Prakasam. As a result, all the 5 districts have become flood prone.

Due to the flooding of Kalyani dam in Tirupati, water was discharged in 2 canals. Thus flooding the low-lying areas. And the Royal Plateau was joined by the rising surplus aquifer. Due to this, the Royal Reservoir, the largest lake in Tirupati, was in danger of collapsing at any time. Villagers around the lake have been relocated to camps.

Rainwater has accumulated in most parts of Tirupati. People are in dire need of basic necessities including milk and drinking water.

Thousands of people have been affected by heavy rains in Nellore, Kadapa, Anantapur and Prakasam districts.

Many of those who were swept away by the floods have been rescued as corpses. Many have complained to police that their families are missing. The government says 43 people have been killed and more than 100 are missing in heavy rains and floods. Of these, 26 people were killed in the floods when 2 people went to light the Karthika lamp at the Shiva temple in Seyeru village in Kadapa district.

Andhra Pradesh, Anantapur District, Old Chairman Street in Kathiri, due to heavy rain, 3 flats under construction suddenly collapsed yesterday morning and fell on 2 flats on the side. About 15 people living in 2 apartments were trapped in the rubble. Six people, including three children and a woman, were killed. Recovery of those trapped in the rubble has been delayed due to continuous rains.