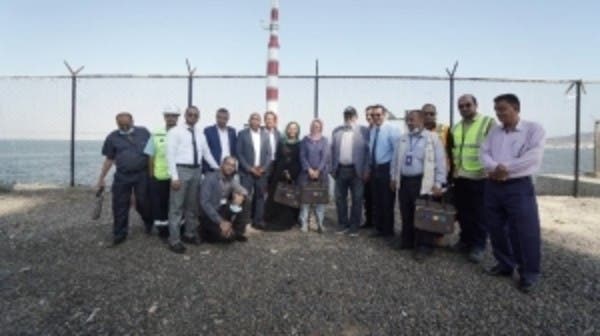 The Food and Agriculture Organization of the United Nations, FAO, Yemen Office, announced the establishment of the first automatic marine climate station in the port of Aden, in the south of the country.

The Food and Agriculture Organization said, in a statement, that it and the European Union delegation, in close cooperation with the General Authority of Civil Aviation and Yemeni Meteorology, established the automatic climate station in Aden.

According to the FAO, this station is the first of its kind, and is one of 9 modern climate stations being built across the country with European Union funding.

It is expected that these stations will improve the way of collecting life-saving meteorological data.

With the increase in the frequency of climatic shocks such as floods, droughts, cyclones and heat waves that have led to catastrophic losses in Yemen, the availability of accurate meteorological data will improve weather forecasting, in addition to helping to establish effective early warning systems, and enrich planning processes for agricultural sector responses in a country facing high rates of food insecurity. .

The Head of Cooperation in the European Union Mission in Yemen, Carolina Hedstrom, stressed that this marine station will reduce the risks to fishermen’s lives and livelihoods caused by climate change.

In the same context, the representative of the Food and Agriculture Organization of the United Nations in Yemen, Hussein Jadin, stressed the importance of accurate weather information for agricultural livelihoods.

“Meteorological data can save lives and is important not only to fishermen, but also to farmers, various marine entities, research organizations and other industries that rely on climate information,” Jaden said.