Hemedti: The measures taken by the Sudanese army in October were necessary 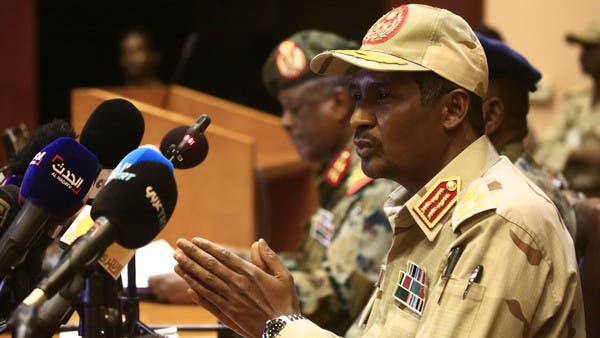 The commander of the Rapid Support Forces stressed that the aforementioned agreement guarantees the country’s survival on a sound democratic path, and preserves the will and aspirations of the people.

He also considered that the exceptional measures, which he described as corrective, taken by the armed forces last month (October 2021) were necessary in order to ensure that the country remains on a sound democratic path.

3) I would like to reaffirm to our partners around the world that we remain committed to the principles of the December revolution. The corrective action taken in October was absolutely necessary to ensure that we remain on this path.

He stressed his readiness to work with the government of Prime Minister Abdullah Hamdok, to achieve the people’s aspirations for freedom, peace and justice, as he put it.

It also called on Sudan’s partners to continue supporting the country in order to reach the democratic transition by holding free elections to end the transitional period.

“Neither victorious nor defeated”

For his part, the media advisor to the President of the Transitional Sovereignty Council, Brigadier-General Al-Taher Abuhaja, considered that neither the winner nor the defeater in this agreement, but the winner in it is the Sudanese people and their revolution.

He also saw in press statements, yesterday evening, Sunday, that “it represents the missing link in the march towards democratic transformation and the desired civil state, and he expressed the determination, sincerity and will of the military and civilian leadership in which partnership is embodied in its highest meanings, and the symbolism of the December revolution is embodied in it. defying all odds.

He also stressed that it is a historic agreement that affirmed the Sudanese ability to solve their problems and overcome their crises, no matter how great.

It is noteworthy that Hamdok had confirmed yesterday that among the reasons that prompted him to sign the agreement was the right to bloodshed and easing tension in the country, while some voices criticized this step, including the “Sudanese Professionals Association”, the Forces for Freedom and Change, and others.

This agreement provided for building a unified army, returning the country to the democratic path, as well as releasing all detainees. The early hours of Monday morning witnessed the release of 4 prominent detainees, who are, according to Al-Arabiya/Al-Hadath information, the leader of the Sudanese Congress Party, Omar Al-Digair, the deputy head of the Sudan People’s Liberation Movement-North Sector, former adviser to Hamdok, Yasser Arman, and the head of the Sudanese Baath Party, Ali. Al-Sanhouri, and a friend of Al-Sadiq Al-Mahdi from the Umma Party.