Henderson: We will continue to chase Manchester City 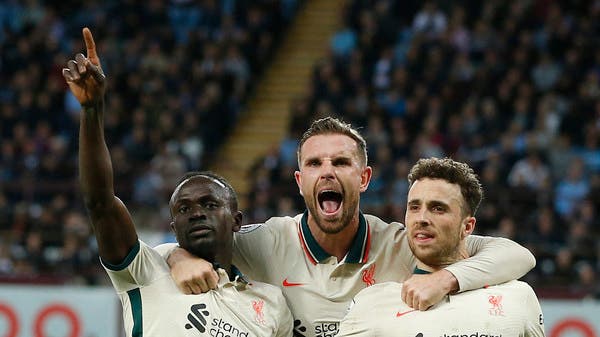 Jordan Henderson, the captain of the Liverpool team, called for continuing pressure on Manchester City in the ongoing competition between them for the English Premier League title this season.

Liverpool continued to chase City at the top, after their difficult 2-1 victory over Aston Villa on Tuesday in a postponed match in the competition.

Liverpool overturned their delay with an early goal for Aston Villa, signed by Douglas Luiz in the third minute of the match, after he responded with two goals through his Cameroonian stars, Joel Matip and Senegalese Sadio Mane, to equal the red team in the points balance with Manchester City (leaders), which outperforms the goal difference.

And Manchester City can still regain the three-point difference that separates it from Liverpool, if it wins its host Wolverhampton, later on Wednesday, in a postponed match in the English Premier League.

But Henderson, who is preparing to lead Liverpool to face Chelsea in the FA Cup final on Saturday, knows that his team cannot give up the title race.

And the British news agency (BA Media) quoted Henderson’s statements to the official website of Liverpool, where he said: Yes, we continue to pay, and we are trying to get as many points as possible. We have to recover now that we have another big game at the weekend against a very good team, so the matches are coming up very thick and fast.

He added, “The longer the competition continues, the more important and difficult the matches will be. We use all the squad we have and I think the players who played against Aston Villa were fantastic. Now let’s get ready for a big game on Saturday.

“This is football and there will be ups and downs in the matches,” the Liverpool captain explained. You have to act the right way. It felt like we definitely did (on Tuesday), and to be honest, the guys did it for a long period of time.

“It is not easy to win matches, especially in the Premier League, and I think the players have been great over a long period of time, they have been together in important moments in the matches, and we will get the reward in the end.”

Brazilian midfielder Fabinho suffered a hamstring injury, forcing him to leave the field during the first half, as doubts swirled over the possibility of pushing him into the Cup final on Saturday.