Here’s What Happened Tonight: Lithuanian President Wants Putin, Ukraine ‘Not Yet’ From EU 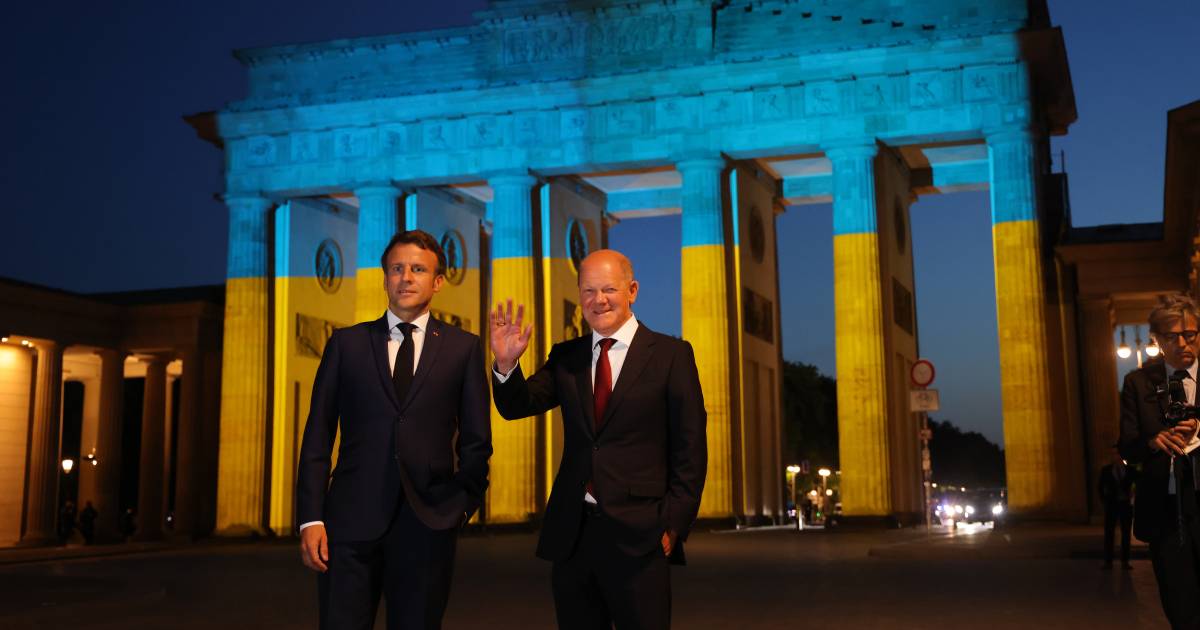 According to Lithuania, the security of the West can only be guaranteed if Vladimir Putin is no longer in the Kremlin. And it could be decades before Ukraine is a member of the EU, French President Macron warns.

The countries closest to Russia will remain in the danger zone as long as Vladimir Putin is in power. This is what the Lithuanian Minister of Foreign Affairs Gabrielius Landsbergis says in an interview with the AFP news agency. “And then it’s not just about Putin himself, but about his entire regime. You can remove Putin, but you must prevent another Putin from taking his place. As long as there is a regime that is prepared to go to war, the surrounding countries are in danger.”

Landsbergis is pleased with the support NATO is giving its member states in Eastern Europe, but at the same time believes that more is needed. At the NATO summit at the end of June, together with the other Baltic states of Latvia and Estonia, he will call for more air and naval support and for permanent troops on their territory.

Ukraine announced last night that it has taken the next step towards joining the European Union. “It is a very important step,” President Zelenski said in his daily address. “This is not just formal. Filling out a second list of questions normally takes months, but we did it in a few weeks. This is a small victory for our team. We are now waiting for the conclusions of the European Commission.” Earlier in the day he spoke about this with Ursula von der Leyen, the president of the European Commission. He said they will review the questionnaire and that a decision will follow next month.

At about the same time, however, French President Emmanuel Macron announced that it will take at least “decades” before Ukraine is an official and full EU member. “We all know that.” As far as he is concerned, the country can await a final decision in a ‘parallel European community’ of non-members, so that they can still be helped and protected by the EU. “This is the reality. Unless we change our terms of entry.”

The US Democrats in the House of Representatives have approved an aid package of more than 37 billion euros for Ukraine. This is reported by Reuters news agency. This gives them considerably more than the 31 billion that President Joe Biden initially asked for. The Senate also still has to approve it, but it has indicated that this will happen in the short term. The new package has earmarked more money for military and humanitarian aid, but Democrats and Republicans disagreed on whether it should include other items. Biden had urged urgency: “Our aid has proved decisive for Ukraine’s military successes. We can’t afford to wait with new shipments until Congress finally gets out. We have about ten days left.”

Ukraine has called on the international community to end the Russian blockade of its ports. Only in this way can grain transports take place again and a worldwide food crisis can be prevented, according to President Zelenski. Last night, the important port city of Odessa was again bombarded with rockets. Dozens of explosions could be heard, both from missile strikes and anti-aircraft defenses. A shopping center and a warehouse are said to have been hit, with one dead and several injured. “Our enemy is going to increase psychological pressure and continue its hysterical attacks on peaceful civilians and civilian infrastructure,” the local government said.

According to President Zelensky, activity in the port has come to a complete standstill. “That probably hasn’t happened since World War II. And this threatens not only Ukraine. A lack of our agricultural products has already put dozens of countries in different parts of the world in trouble and there is a threat of famine in Asia and Africa. This is a direct result of the Russian aggression.”

Finland is ‘most likely’ to join NATO. This is what European Affairs Minister Tytti Tuppurainen told CNN last night. The decision has not yet been made, but a membership would be ‘a very logical response’ to the war in Ukraine. “When the time comes, we hope that our membership can be arranged soon.”