Herrera returns to Bilbao after an 8-year absence 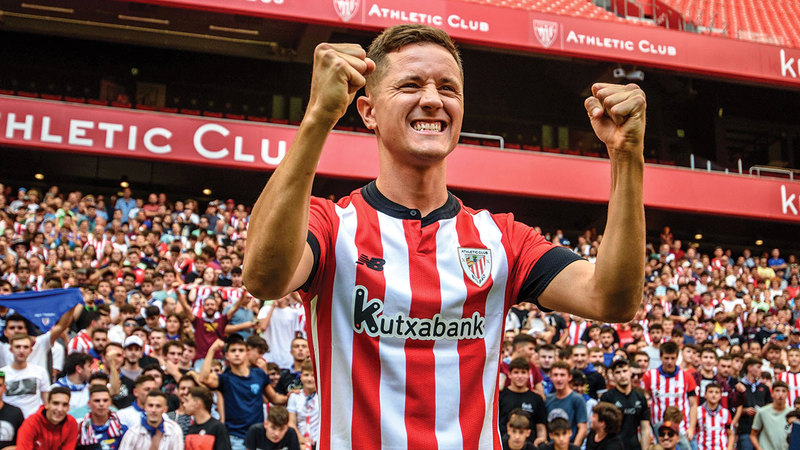 Athletic Bilbao signed Spanish midfielder Ander Herrera on loan from Paris Saint-Germain, and the two clubs announced the deal the day before yesterday.

Bilbao said that the agreement includes an option to extend the loan for another season, or to convert it to a final transfer.

Herrera, 33, returned to his former club after an absence of eight years, where he played in its ranks between 2011-2014, and played with him about 130 matches in all competitions.

In his first season with Bilbao, he helped the team reach the final of the King’s Cup and the European League.

The former Manchester United player wrote on Twitter: “It’s great to be back after eight years, I’ve been very happy here, and I’ve had great years.” “Athletic has not stopped developing since my departure, the challenges are huge and the demands are huge because of the quality of the team,” he added.

Herrera left Bilbao to join Manchester United in the 2014-2015 season, and during five years in England, he won the FA Cup, the League Cup and the European League.