Hezbollah and the Bekaa elections in Lebanon… Intimidation and “sectarian charging” 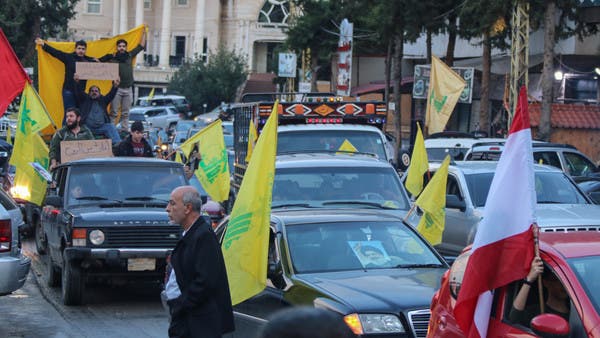 With the approaching election date scheduled for next May 15, the electoral heat is rising in the Baalbek-Hermel district in the Bekaa, as Hezbollah seeks to win the ten parliamentary seats representing the region and prevent any violation of its Shiite environment.

The electoral battle in this constituency is fought between 6 lists, the most prominent of which are the “Building the State” list backed by the “Lebanese Forces” party, in opposition to the list of Hezbollah and its ally, the Amal Movement.

The battle took a political-escalatory dimension a few days ago, with Hezbollah seeking to “weaken” and fragment the list opposing it by forcing the Shiite candidates on the “State Building” list to withdraw, which was achieved with the withdrawal of 3 candidates “according to information about other withdrawals in the days.” forthcoming,” arguing that this list is supported by the “forces” that operate according to suspicious agendas and their goal is to disarm Hezbollah.

While Hezbollah seeks, through this “game of withdrawals”, to pressure and intimidate the Shiite environment in order to close the door to any possible breach of the six Shiite seats in the district, especially since the numbers of the previous elections in 2018 showed that the Shiite voice opposing Hezbollah’s policy in Baalbek -Hermel, which is its most prominent stronghold, reached about 17,000 votes, or 7.9% of all Shiite voters.

It is also feared that this number will rise in the current elections in light of the growing opposition voices resenting him and his policies, and increased after the October 17, 2019 uprising.

Supporters of Amal and Hezbollah (AFP)

On this point, the “Lebanese Forces” candidate on the “State Building” list, MP Antoine Habashi, told Al Arabiya.net that what is happening in the Baalbek-Hermel district of withdrawals for Shiite candidates is evidence that there is no place for democracy in the region, especially when there is restlessness. This environment of the policy of the two parties, Hezbollah and the Amal movement, has become a reality after they showered the region with development promises more than twenty years ago, but nothing has been achieved, according to him.

He also referred to the words of Hezbollah deputy in the region, Hussein Hajj Hassan, who considered in an election meeting a few days ago that the list supported by the “Lebanese Forces” is the list of agents for America, while the candidates for the rest of the lists are not enemies, but rather friends, pointing out that These words indicate that they are waging the electoral battle “with blood,” which means their refusal to have an opposing voice in Baalbek-Hermel, and here is the danger, according to his words.

Habashi saw that intimidating the Shiite environment and putting pressure on the candidates on his list to withdraw means that they reject Shiite diversity, which indicates that Hezbollah rejects diversity in general and does not accept any opposition voice, according to him.

He also pointed out that the sectarian and sectarian ferment practiced by Hezbollah creates an undemocratic atmosphere in the region and may pave the way for violence, and this is what we saw with Sheikh Abbas Al-Gohary a few days ago, when an election rally was shot at when he was talking about the freedom to vote.

Decreased Shiite participation in the elections

Sheikh Abbas El-Gohary agrees with Representative Habashi in expecting Hezbollah to resort to the “security” weapon to disrupt the elections in Baalbek-Hermel, because it is in its interest to reduce the Shiite turnout in the polls, which will ensure the victory of its candidates.

Sheikh Al-Jawhari, a Shiite candidate who heads the “State Building” list opposing Hezbollah, confirmed to Al-Arabiya.net that the party exerts pressure on candidates and voters, sometimes through intimidation through weapons, or at times with physical “temptations,” which it did with some Candidates to withdraw from the competition list.

He also considered that Hezbollah’s actions in Baalbek-Hermel are a sign of fear of the changeable mood of the Bekaa voter in general and the Shiite voter in particular, and who is angry at the policy of the two parties, the party and the movement, hoping that this will be translated into the polls on May 15th.

In addition to pressure and intimidation against Shiite candidates and voters, Hezbollah resorts to the “Sunni” vote-buying game in the villages of Baalbek-Hermel governorate. He postponed voting for his list, and these practices, he asserts, will be a matter for us to challenge the election results later.

This was also confirmed by the Sunni candidate on the “Building the State” list, the son of the Sunni town of Arsal, Zaidan al-Hujairi, to “Al-Arabiya.net”, noting that Hezbollah, through “intermediaries”, tried to lure him with a large sum of money in exchange for withdrawing from the opposition list, but he refused.

In addition, Hezbollah is seeking to “win” the Sunni voter in Baalbek-Hermel with financial bribes, taking advantage of the absence of the “Future Movement” from the electoral arena in compliance with Prime Minister Saad Hariri’s decision to suspend political work, especially as it wants to win the two Sunni seats (Baalbek-Hermel constituency is represented by 10 representatives , 6 Shiites, 2 Sunnis and 2 Christians) and he joined his parliamentary bloc to tell inside and outside the party that it is a cross-sectarian party and has a diverse regional and sectarian connotation.

In this context, many sources from Sunni areas in Baalbek-Hermel unanimously confirmed to Al Arabiya.net that Hezbollah is communicating with the region’s Sunnis, offering sums of money and food aid in exchange for voting for its list against the list supported by its fiercest opponent, the “Lebanese Forces.”

The Sunni candidate, Zidan Al-Hujairi, stressed that the temptations that Hezbollah offers to the Sunni voter will negatively affect him in favor of the opposition list, and the statistics carried out by his list give an indication of winning three seats.

It is noteworthy that 6 lists compete in the Baalbek-Hermel district, two main ones, one supported by Hezbollah and the Amal Movement, and the other by the Lebanese Forces Party and Shiite opposition figures, most notably Sheikh Abbas al-Jawhari.

Observers believe that Hezbollah is the primary beneficiary of the formation of these two non-partisan lists, in order to fragment the Christian voice in favor of its candidates on the list, in addition to dispersing the Sunni voice that resides in many towns, most notably Arsal.