Hezbollah intimidation continues.. an attack on an opposition sheikh and his son 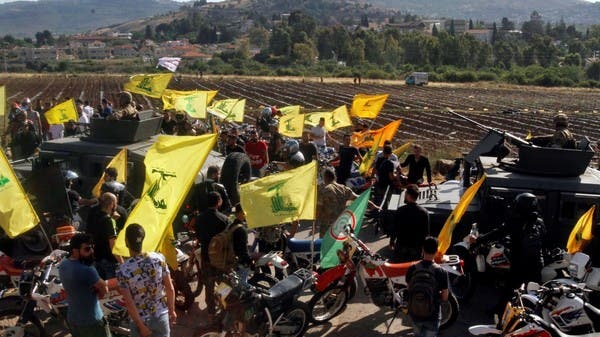 Intimidation and enticement returned to the electoral battle in the third district of Bekaa, Baalbek-Hermel, northeastern Lebanon, in which 6 electoral lists are competing, the most prominent of which are two party lists that are engaged in a serious confrontation, the “Hope and Loyalty” list supported by the Shiite duo Hezbollah, Amal Movement and their ally, the “National Current”. Al-Hur, and the “State Building” list backed by the “Lebanese Forces” party and independent Shiite figures, most notably Sheikh Abbas Al-Jawhari.

After Hezbollah sought to “weaken” and fragment the list opposing it, by pushing three Shiite candidates on the “State Building” list to withdraw, under the pretext that this list operates according to suspicious agendas aimed at disarming it, then the party resorted to bribes and buying some votes in conservative villages. Baalbek-Hermel to ensure that it did not participate in the elections, he used intimidation by threatening the son of the head of the “Building the State” list, Abbas El-Gohary, in front of the entrance to his university.

In the details, El-Gawhari and his son were attacked and assaulted by young men, in front of the Lebanese American University building in Beirut, yesterday afternoon, Thursday, when a number of young people gathered and shouted slogans at him, including “Hezbollah is more honorable than you,” before one of them attacked his son.

Also, some young men carrying Hezbollah flags gathered in front of his house in Baalbek and the electoral machine office, chanting slogans condemning him and supporting the party.

On the other hand, El-Gohary confirmed to Al-Arabiya.net: “What Hezbollah does against its list will reflect negatively on it, because people reject this thuggish and provocative method.”

He also added, “These behaviors are evidence of their fear of a question he asked in every Shiite house he visited in Baalbek-Hermel, namely, what is the future of Shiites in Lebanon in the presence of Hezbollah? Will this question be translated in the polls by violating its list with more than one Shiite seat? Let’s wait The election day is tomorrow, Sunday.

In addition, El-Gohary expected “that the sectarian intimidation and violence will continue in the coming hours, because it seems that their situation within the Shiite environment has become difficult.” He pointed out, “He asked the army to provide protection for him, but unfortunately they were unable to do anything.”

He also affirmed that he would “continue to play his political role and the electoral battle against Hezbollah’s ideology,” adding, “I will not back down from the battle to “reform the Shiite reality.”

It is noteworthy that this attack on Al-Gohari is not the first, as weeks ago he was shot in the air during his election tour in the Bekaa town when he was talking about the importance of voting freely, and urging citizens not to care about pressures.

A few days later, the candidate on the same list, Hussein Raad, was subjected to severe physical assault when he was offering condolences in the city of Baalbek, where one of his relatives, the organizer in Hezbollah, beat him and lost consciousness.

While observers see that Hezbollah is the first beneficiary of the formation of these lists, in order to fragment the Christian vote in favor of its candidates on its list, in addition to dispersing the Sunni voice that resides in many towns, most notably Arsal, in light of the “Future Movement” boycott of the elections.