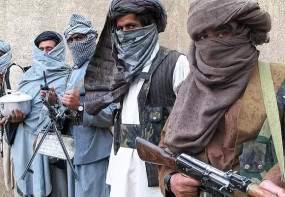 A JCSC meeting is usually attended by the Director General of the Strategic Planning Division and the Secretaries of the Ministries of Defense and Defense Production, but none of them were there.

Dawn reported, this was the first such meeting, involving all the armed services, since military-led talks with militants in Afghanistan led to a discussion on the issue by political leaders and top military officials for the Parliamentary Committee on National Security. A public profile was assumed with the briefing.

The forum was briefed on the review of the specific national security situation for the western border, Khyber Pakhtunkhwa and Balochistan, the ISPR said of the meeting.

It said the rapid development in the area of ​​strategic and traditional policies, the importance of peace in Afghanistan for sustainable development in the region and operational preparedness of the armed forces were also discussed.

The ISPR said the participants resolved to respond to the full spectrum of threats in accordance with a comprehensive security strategy.

According to the Dawn report, the military leadership had said in a briefing before the political leadership that it wanted to give peace a chance, but would respond with full force if the TTP did not abide by the agreement.