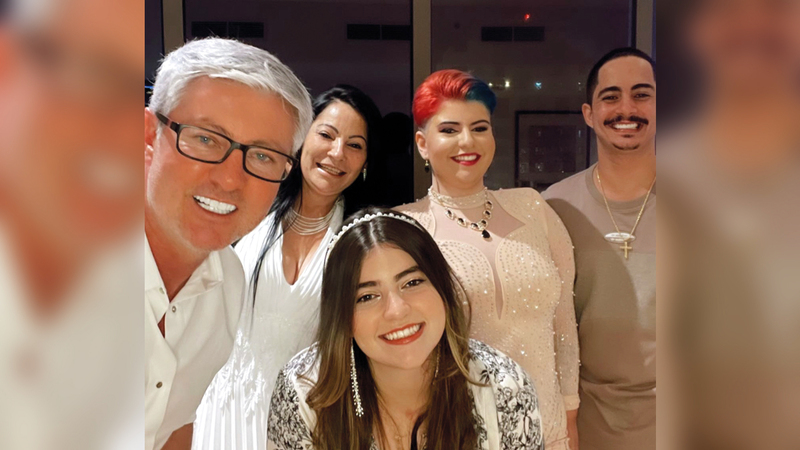 The former Al Wasl coach, Brazilian Auder Hellmann, entered into commercial projects, one of which is owning a property to take advantage of the boom in the real estate sector in Dubai, to the extent that he refused an official offer to return to his country and lead the Vasco da Gama team, one of the most famous Brazilian clubs that currently belongs to the League The second, in order to follow up on his business projects that he was associated with, knowing that the coach’s family has real estate projects in Brazil run by his brother, Claudemir Hellmann.

Hillman had enough opportunity to devote himself to his commercial projects in Dubai after Al-Wasl announced his departure from the team’s training and the consensual termination of the contract between the two parties last June, after two years during which the coach led the team, and he got the opportunity to explore Dubai, which he fell in love with, as he mentioned in a message he sent to his team’s fans. Through his personal account on the social networking site “Instagram”.

The Brazilian coach went to enter into commercial projects similar to a group of former coaches and players who passed through the ADNOC Pro League portal, and ended up falling in love with Dubai, and this prompted them to acquire a property, especially as the real estate market records record profits, according to the latest data issued by the Land Department. And property in the emirate, during the first seven months of this year, sales of more than 130 billion dirhams were recorded through 48 thousand transactions.

The Brazilian newspaper “Globo” stated that the club’s director, Paulo Brax, contacted coach Auder Hellmann, but the latter did not care about the offer of work to lead the team, replacing interim coach Emilio Faro, who in turn took over the task after the dismissal of Mauricio Sousa in mid-June.

The newspaper said that the reason behind the refusal of coach Hillman, who left Al Wasl club at the end of last June, to accept a return to Brazil, is that he is busy with his business, as he entered the real estate market in Dubai, and thus delays the possibility of his return to Brazilian football at the present time.

Brazilian coach Auder Hellmann had confirmed in his farewell message after the end of his career with the “Emperor” that he was proud of the time he spent with the team over two seasons, pointing out that living in Dubai was an exceptional and wonderful experience, explaining that “Dana Al Dunia” opened its arms to him and his family, and won with their hearts

He added, “The UAE and Dubai welcomed me, my family and my colleagues, opened their arms to us, and won our hearts and minds since December 2020 when we first arrived here.”

It is noteworthy that Auder Hellmann trained Al Wasl in December 2020 until the end of the 2020-2021 season, succeeding Romanian coach Laurent Rijkamp, ​​as the “Emperor” presented good levels under the leadership of the Brazilian coach, which contributed to signing a new contract with him that extends until June 2023.

The Brazilian entrepreneurial coach has headed to Dubai like former coaches and players of the ADNOC Pro League.