HIMARS missiles have arrived.. Kyiv “Summer will be hot” 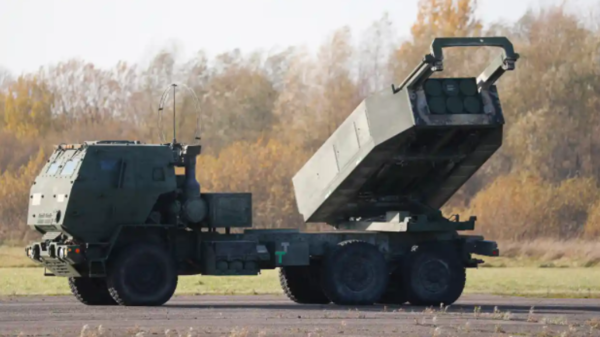 After announcing the arrival of US HIMARS missile launchers in his country to reinforce its military arsenal against Russian forces, Ukrainian Defense Minister Oleksiy Reznikov hinted at a very hot summer.

He also thanked his US counterpart Lloyd Austin, whom he described as a friend, for “these powerful tools.”

He enclosed his message with a picture of this portable missile launcher system, which is installed on light armored vehicles.

In addition, he stressed that “the summer will be hot for the Russian occupiers, and it may even be the last for some of them.” As he put it!

HIMARS have arrived to Ukraine.
Thank you to my 🇺🇲 colleague and friend @SecDef Lloyd J. Austin III for these powerful tools!
Summer will be hot for russian occupiers. And the last one for some of them. pic.twitter.com/BTmwadthpp

It is noteworthy that HIMARS are launchers that are mounted on light armored vehicles and that launch guided and precision-guided missiles.

These launchers are part of a new US military aid package worth $700 million, previously promised by the US administration to Kyiv.

Since the launch of the Russian military operation on Ukrainian soil on February 24, the United States and other Western countries have been prepared to militarily assist Kyiv.

But with the intensification of the battles in the east of the country since late last March, the Ukrainian authorities intensified their appeals to the West to provide them with long-range, more accurate and advanced missiles with the aim of repelling the Russian forces. However, the Western countries hesitated a little, fearing that these weapons would reach Russian territory, which may expand the conflict to what is not. Thankfully.