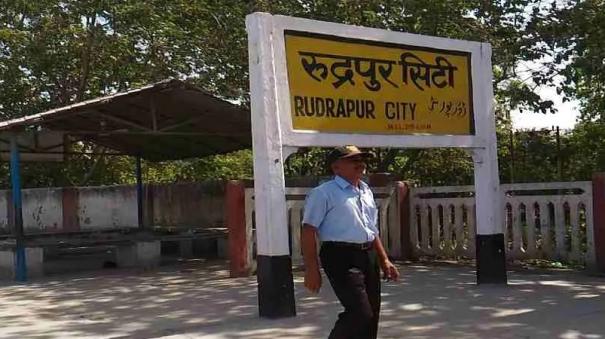 Beiljudi is a village located near Rudrapur in the state of Uttarakhand. Adjacent to the mosque near the Dela River Bridge is a 4 acre prayer ground (Eidka). About 20,000 Muslims pray here during Eid, including Ramadan.

Near this place is a place owned by Lala Brijnandan Prasad Rastogi.

He respects all religions. He wanted to strengthen the relationship between Hindus and Muslims by donating a portion of his land to Eid. But before her wish could come true, Lala Brijnandan Prasad died in 2003.

The role of daughters ..

His land was divided by his son and daughters. The land that Brijnandan wanted to donate to Ithaca came as a share of his daughters Saroj and Anita.

Currently, Saroj lives with his family in Meerut, Uttar Pradesh and Anita in Delhi. They offered to donate their land to Ithaca at the will of their father.

Contacting the Kazipur Eidka Committee, they donated their land a few days ago. 19 years after the father’s death, his wish was fulfilled by both daughters.

Saroj said, “We donated the land to Ithaca at the behest of our father. He used to make donations to the Ithaca Committee to make arrangements for prayers every year. He respects all religions. ”

At a time when religious conflicts are taking place in many parts of the country, these Hindu sisters are donating their land to Eid and setting an example of religious harmony.