Historic event.. A contestant who underwent a heart transplant participates in the ADNOC Marathon in Abu Dhabi 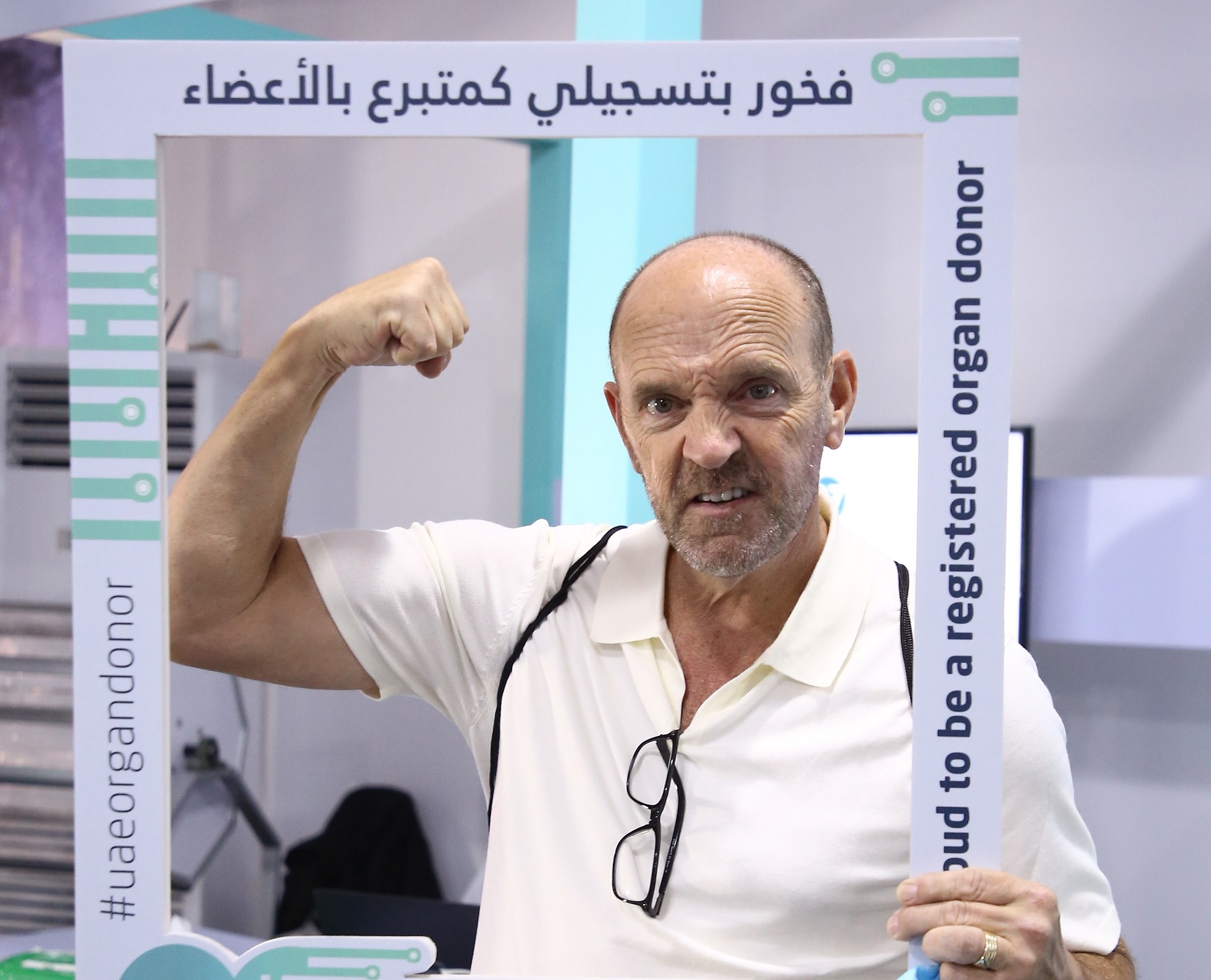 American Simon Keith recorded his name as the first person in history to play a professional sport after he underwent a heart transplant, after participating in the third session of the ADNOC Marathon, which was hosted by the capital Abu Dhabi today, Friday.
The Organ Donation Program in the Emirates stated that Simon Keith’s participation came at the invitation of the program, noting that in 1986, Simon received the heart of a teenager from the British province of Wales who was seventeen years old at the time of his death, a story that was well documented, including within An episode of the Heart Switch program, which was broadcast by the “Espan” station, which specializes in the world of sports.
In contrast to Simon Keith being the first person in the world to play professional football after transferring and transplanting the heart of another person in his body, and achieving a record in the period of survival after transplantation, he is also an eloquent speaker, who took advantage of his fluency in introducing the world to his story, ascending the public speaking platform in Many famous places such as the White House, the British Parliament, and the Canadian Parliament, and in the presence of a large audience of listeners from around the world, motivated and urged many to face the truth frankly and courageously, and demanded that they enjoy life as much as possible.
After receiving (the gift of life) at the age of twenty-one, at the height of his football career, Simon returned to practice his favorite sport at the University of Nevada – Las Vegas, and for two football seasons with the Rubles team, during which he managed to win honors and championships, including the title of the league’s Student Athlete of the Year, as well as being named “The Most Valiant Athlete in the United States”.
After completing the Senior League season, Simon was named the “Most Valuable Player” in the Adult Cup and was named #1 in the Indoor Football League, just 3 years after he underwent surgery.
It is against this stunning background that in 2011 Simon created the Simon Keith Foundation, a charitable foundation focused on raising awareness of organ donation among donors, and supporting and educating organ recipients. In 2018, the Simon Keith Foundation sponsored all children in the United States and Canada to attend the Transplant Games in their countries.
This unique story and the amazing journey of Simon Keith is detailed in his autobiographical book Heart for the Game, the profits of which are directed towards providing athletic training to recipients of members who engage in an active and healthy lifestyle.
In addition to his philanthropic efforts, and professional football career, Simon Keith is a successful entrepreneur, having successfully established 4 different profitable companies over a period spanning fifteen years. To harvest human organs licensed by the federal government in the United States, where he succeeded in raising the rank of this organization among similar American organizations from the fifty-third rank out of fifty-eight similar organizations in 2011, to the first rank among all these organizations, inside and outside the United States, In the period from 2015 to 2019, based on the number of organ donors and the number of organs harvested for transplantation per population.