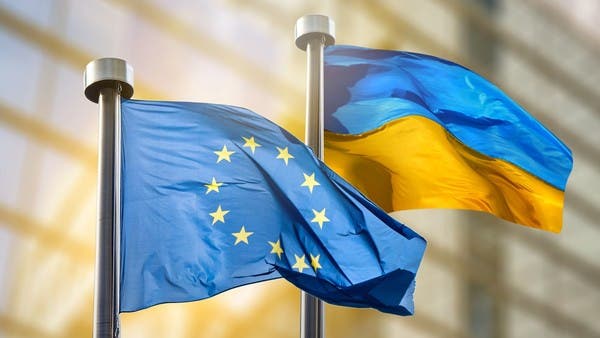 The leaders of the 27 European countries agreed Thursday to grant Ukraine and Moldova the status of candidates for membership in the European Union, according to what the President of the European Council Charles Michel announced, indicating a “historic moment” with the continuation of the Russian military operation in Ukraine.

This decision, which was taken during the summit of heads of state and government in Brussels, marks the beginning of a long and complex process that leads to joining the bloc, according to AFP.

For his part, Charles Michel wrote on Twitter: “Today is an essential stage on your path to the European Union,” congratulating Ukrainian President Volodymyr Zelensky and Moldovan President Maya Sandu and their peoples. “We have a future together,” he added, also tweeting in both countries’ languages.

For his part, French President Emmanuel Macron considered that the European Union’s approval of Ukraine and Moldova as candidates for membership in the European Union on Thursday is a “very strong signal about Russia.”

Macron, whose country holds the semi-annual presidency of the European Union Council, praised at a press conference in Brussels, which is hosting a European summit, a “political step” emanating from a “strong and united Europe.”

‘A unique and historic moment’

For his part, Zelensky welcomed what he considered a “unique and historic moment” after the leaders of the European Union agreed to grant his country a candidate for EU membership in the midst of the Russian process.

“The Beginning of a Long Path”

Also, Ukrainian Foreign Minister Dmytro Kuleba said in a video clip with his European counterpart Josep Borrell: “Today marks the beginning of a long path that we will walk together.”

He also confirmed on Twitter: “Ukraine will win. Europe will win,” before adding: “The Ukrainian people belong to the European family. Ukraine’s future is with the European Union.”

This comes at a time when Georgia, which also has European aspirations, has to carry out reforms to obtain this status. And Michel stressed that “the future of Georgia is within the European Union.”

European leaders acted on the Commission’s recommendation it made last week regarding the three former Soviet republics.

It is noteworthy that Ukraine, Moldova and Georgia had submitted their candidacies shortly after the start of the Russian military operation in Ukraine in late February.

The next stage of starting formal negotiations requires the unanimous approval of the 27 member states.

It is noteworthy that these negotiations have not yet begun with North Macedonia and Albania, candidates since 2005 and 2014.