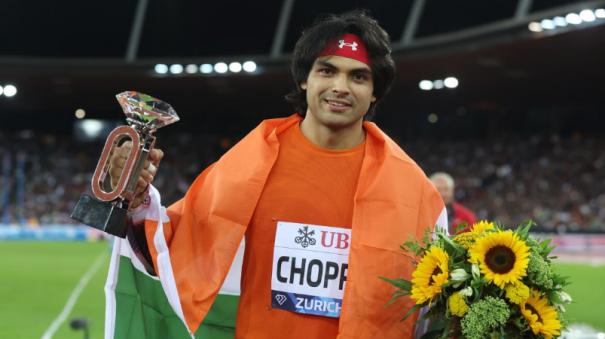 Zurich: Indian athlete Neeraj Chopra has created history by becoming the first Indian to win the Diamond League Final. He has brought glory to India in the world of sports. He has won the title in the javelin category.

The 24-year-old from Haryana created history by winning gold in the Olympics last year. He had won silver at the World Athletics Championships last July. Due to injury, Neeraj is not participating in the current Commonwealth Games. After that, he returned to the field at the end of last August.

Lausanne topped the Diamond League. It qualified for the World Championship 2023 and the Zurich Diamond League Finals. Neeraj participated in the finals held in Zurich and threw the javelin.

Neeraj has won consecutive medals in competitions like Olympics, World Athletics Championship, Diamond League Final within a gap of just 13 months. It is noteworthy that he was participating in the Diamond League Finals for the third time. He previously finished seventh and fourth in 2017 and 2018 respectively.