Hit back: Johnny Depp sued the ex-wife for 15 million 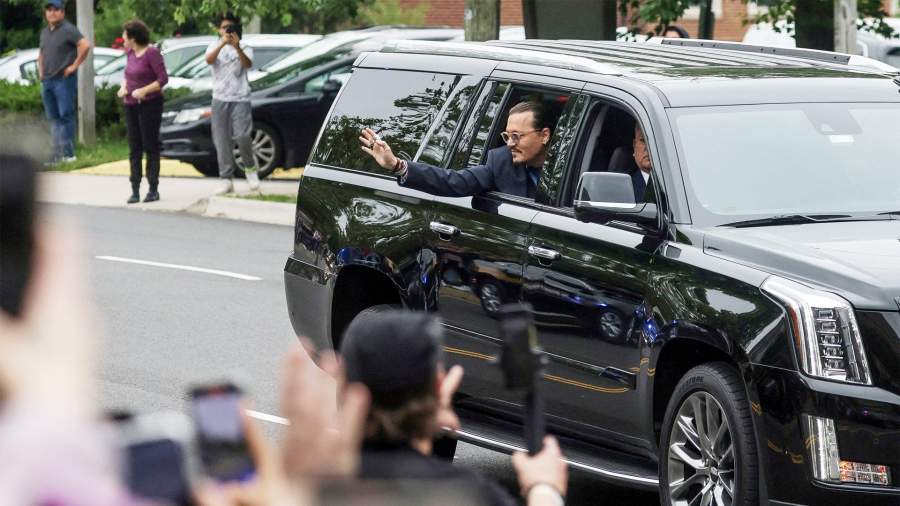 The jury has delivered its verdict in the high-profile case of former Hollywood couple Johnny Depp and Amber Heard – the actress must pay her ex-husband $ 15 million. Officially, their divorce took place back in 2017, but litigation has not stopped since then. What the former spouses could not share – in the material “Izvestia”.

The jury discussed this case for 14 hours and finally decided to satisfy Depp’s claim against the ex-wife. The decision was read out in a courtroom in Fairfax, Virginia. Now Amber Heardwho described herself in a 2018 article in The Washington Post as “a public figure representing victims of domestic violence,” must pay her ex-husband $ 15 million.

Where did Johnny and Amber start?

The spark between the actors slipped back in 2009, during the filming of Bruce Robinson’s The Rum Diary., where he played the main role of an aspiring writer, and she – the girl with whom he falls in love at first sight. As Depp later admitted, they felt something that they should not have felt during a love scene in the shower – then both were in a relationship. The next time they met only two years later – during the promotional tour of the picture.

In 2012, Depp finally broke up with Vanessa Paradis. Officially, their relationship was not formalized, but two children were born in a 14-year civil marriage – Lily-Rose in 1999 and John Christopher in 2002. After that, Hurd and Depp began to appear together in public, at the end of 2013 they got engaged, and in 2015 they got married. – the marriage ceremony was held in a narrow circle of friends and relatives in their home in Los Angeles. 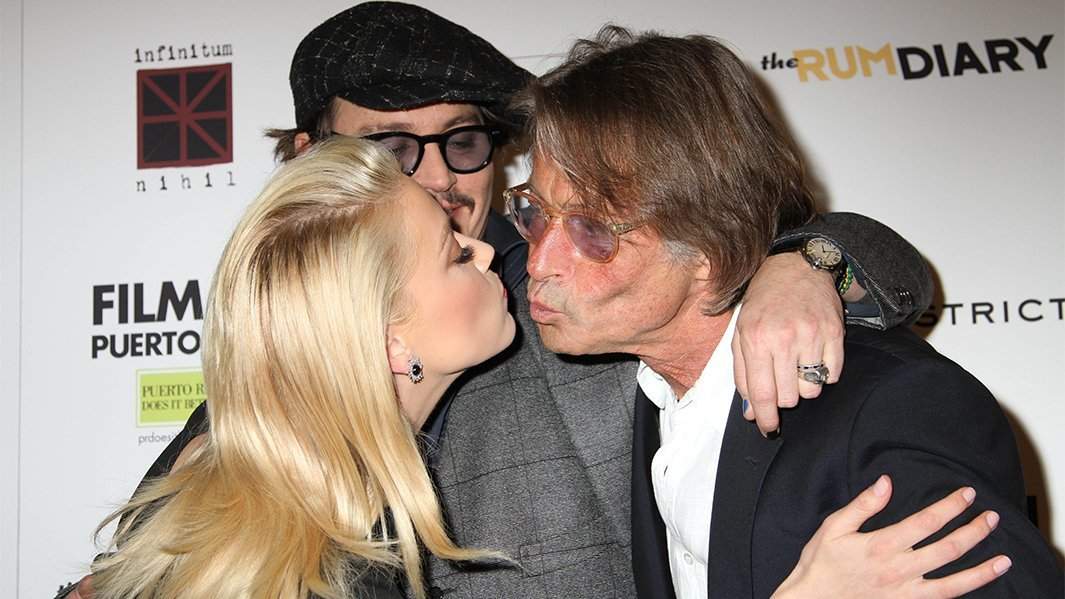 How did the relationship break down?

Family happiness did not last long – after 15 months, Hurd filed for divorce, explaining that she and her husband had irreconcilable differences. Their relatives noted that both spouses are extremely impulsive people with complex characters, not ready to compromise. A few days later, the actress accused her husband of domestic violence and demanded that he be banned from approaching her, which was granted by the court.

Depp denied all accusations and stated that the actress was lying for financial gain. But soon a settlement agreement was reached between the spouses out of court. They released a joint statement saying they both lied a little. – there was no violence on the part of the husband, but lies on the part of the wife for the sake of profit. However, Hurd received a $7 million payout, which she promised to donate to charity to prove her lack of financial interest. After this scandal, the actress complained that her reputation suffered – she was considered a liar – and she lost some movie roles.

In January 2017, the actors’ marriage was officially annulled. 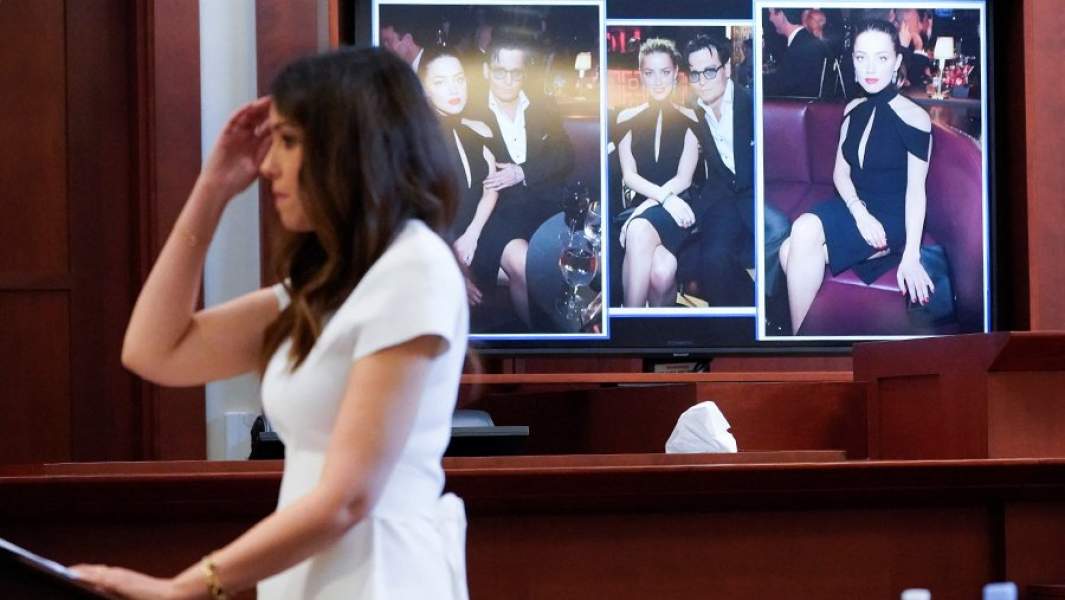 In 2018, The Washington Post published an article in which Heard talked about how men treat women during domestic violence and called herself a victim. The surname of the ex-husband did not appear in the publication. However, in 2019, Depp filed a libel suit and demanded $50 million in damages. He stated that this dealt a blow to his reputation and cost him several contracts in large-scale film projects. The ex-wife filed a counterclaim for $100 million.

Court hearings on this case started in April 2022. During a speech in court, the actor said that they had a difficult relationship, they quarreled, but he never raised his hand to his wife and in general never hit a woman in his life. In addition, he spoke about his problems with drugs and alcohol and said that his wife herself used violence against him. He even brought an audio recording to the court, in which he asks Heard to confirm that she herself started the fight, and she answers positively.

On May 27, the hearing was completed – the jury heard the final statements of the former spouses and received all the materials in the case, including the testimony of witnesses. Depp’s lawyers asked to return to him his life, destroyed by his ex-wife, and her defenders said that if the jury took the side of the abuser, they would become accomplices in his crimes.

Observers believed that it would not be easy for the actor to win this case – the ex-wife did not name him and did not talk about any specific events. In addition, he already once lost a case related to this relationship. – when he sued for libel against the publisher of The Sun, the publication of which spoke of violence against Heard. 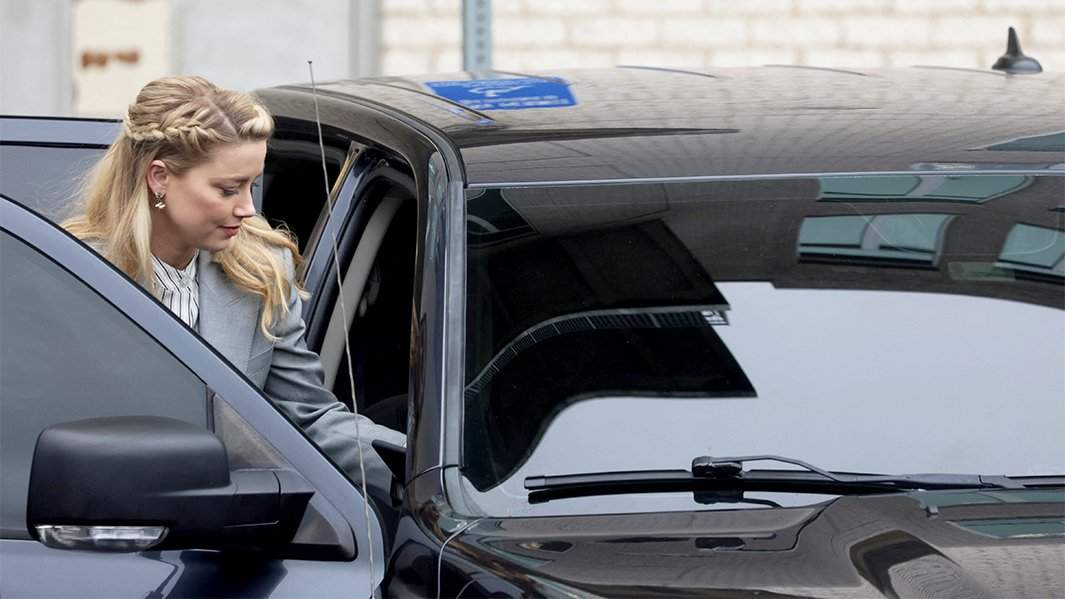 Actress Amber Heard leaves the courthouse on May 27, 2022

What the actors said about their marriage

During the hearing, Hurd said she caught her husband cheating right after the wedding. – she allegedly took a tablet from the hands of a sleeping Depp and read the correspondence with a woman with whom he met at that time, then parted. In addition, according to Hurd, the actor paid a visit to a friend’s house immediately after the wedding – upon arrival in Los Angeles. She also remembered how her husband first raised his hand to her.. During his wild drinking, she asked about the meaning of his tattoo and, thinking that his answer was a joke, laughed. After that, she received several slaps.

By the end of their marriage, there were persistent rumors in the party about her relationship with Elon Musk. Depp admitted at one of the hearings that he had a romantic relationship with one “sublime little Russian.”