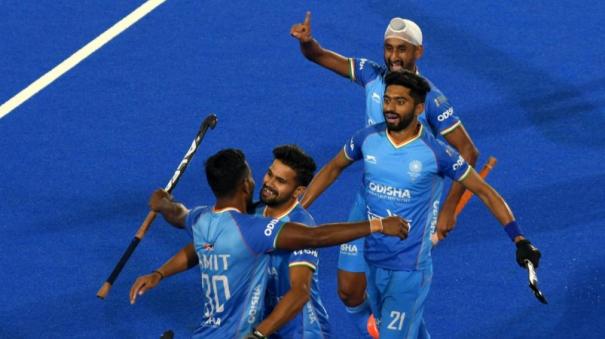 Rourkela: The Indian team has won the first match of the ongoing Hockey World Cup series. India beat Spain 2-0. Goals scored by Amit Rohitas and Hardik secured the win for the team.

The Indian team, which has been placed in the Group-D category, played a multi-match series against Spain. The match was held at the Birsa Munda International Hockey Stadium in Rourkela. The Indian team was supported by domestic fans at the stadium.