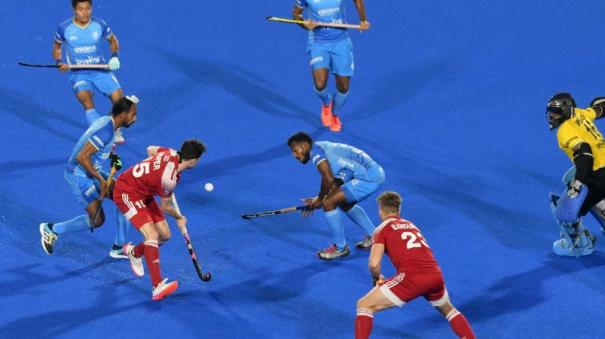 Rourkela: The first round match between India and England in the ongoing Hockey World Cup series has ended in a draw. Neither team registered a goal at the end of the game.

The Indian team, which has been placed in the Group-D section, played a multi-Test match with England. The match was held at the Birsa Munda International Hockey Stadium in Rourkela. The domestic fan support for the Indian team was overwhelming at the stadium.

Both the teams tried to score since the start of the match. But both the teams did not succeed till the end in that attempt. Both teams had a lot of chances to score in this match. At the same time, it did not turn into a goal because the tackling of both teams was great. It is noteworthy that both teams got penalty chances.

England are the top team in terms of goals in Group D. India is now second. The Indian team needs to win the match against Wales on the 19th to top the group stage and qualify directly for the quarter-finals.

Most Popular Sports Teams on Instagram: RCB in Top 5

In Nikolaev, they intend to equip secret bomb shelters for deputies

In fact CM Jagan’s words did not go away.. APNGO president Bandi Srinivas is upset

The confusion that started with CM Jagan.. Hence this announcement: Atchennaidu