Hoda Hussain: I took the “high school” exam while participating in the “Asian Cycling” in India 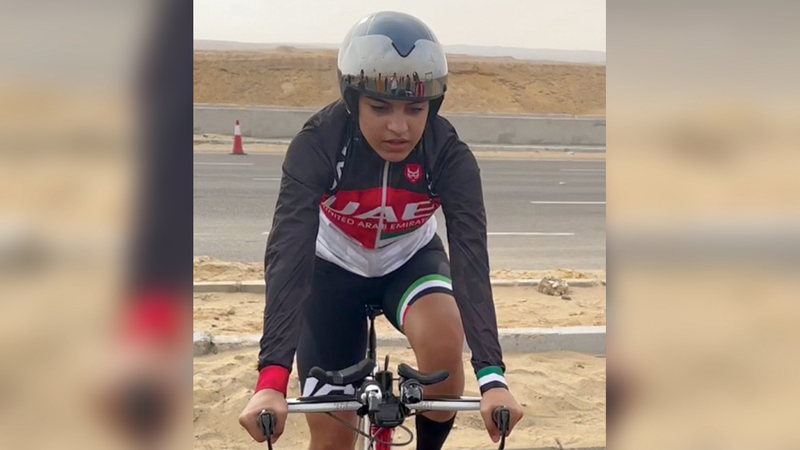 The young Emirati champion Huda Hussein, 17, participated in the Asian Track Championship, which concluded yesterday in New Delhi, India, with four players and players representing the national team in this Asian forum. And only half is the period of exercise of the sport of bicycles.

Huda Hussein told “Emirates Today” that her participation in the Asian Cycling Championship did not prevent her from taking high school exams in the 12th grade, as she continued to study and take exams online, in order to catch up with the championship and also not to be late in school as a result of participation, before she took the high school exams while she was there. In India to participate in the Asian Championship, Huda Hussein indicated that it may indeed be difficult to combine daily continuous training in the game of bicycles and academic achievement, but it is not impossible, which she is doing with the help of her family and the technical staff of the national team and also Abu Dhabi Club, and Huda Hussein spoke “Emirates Today” has many matters related to its beginnings, achievements and ambitions: