Hoeness: Lewandowski will stay at Bayern 100% 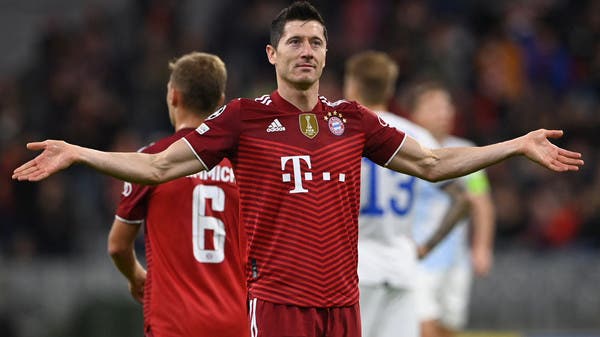 Lewandowski, whose contract with the German champions expires in the past ten seasons in June 2023, had expressed his desire to leave to join Barcelona, ​​​​after reports of his club’s intention to obtain the services of Borussia Dortmund striker Erling Haaland.

The Polish striker, who will turn 34 in August and has scored 49 goals in 44 matches in various competitions this season, also believes that his adventure in Bavaria has ended after he won all possible titles (19) and scored 343 goals in 373 games, to be crowned the second best scorer in The history of the club after the “gunners” Gerd Muller.

However, Bayern’s administration contradicts the aspirations of the best player in the world in the past two years, according to “FIFA.” Hoeness, 70, confirmed that Lewandowski will stay with Bayern in September, stressing in an interview with German radio station “PR24”: Robert Lewandowski will play in Bayern next season. He has a contract and the matter is easy and that simple.

Bayern coach Julian Nagelsmann’s words did not deviate from the honorary president, as he had stated 15 days ago during a press conference that the striker is still linked to Bayern under a contract and will continue to play with the team.

According to local media, Bayern is ready to offer a new offer for an additional year with the same financial conditions as the league’s top scorer this season (34 goals in 32 matches), but the latter is demanding an extension for two additional seasons with a re-evaluation of his salary.

Former Bayern midfielder and current Qatari Spaniard Javi Martinez entered the line of speculation, as he stated at the end of April that there was a chance for Lewandowski to leave for Barcelona, ​​and he believed that if he played in Spain, he would have won the Ballon d’Or once or twice. He feels he deserves it. It is not the same to play in the Spanish league, in Barcelona or Real Madrid, as it is in the German league.

It seems that Lewandowski, who moved to the Bavaria giants in 2014 from Dortmund, is ready to enter a struggle with his current club in order to win his case and leave for Catalonia in his quest to search for new challenges.