Honoring 39 students, teachers and schools at the Special Olympics Ceremony 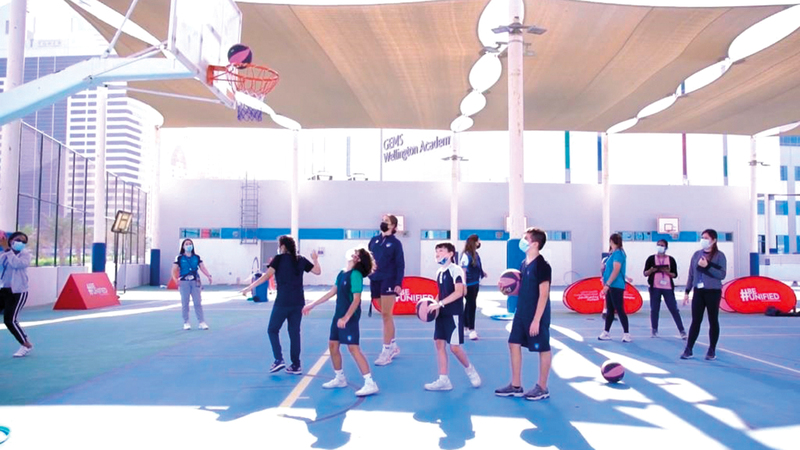 The UAE Special Olympics organized the Unified Champion Schools Program Awards Ceremony, in honor of the schools, students and teachers who have dedicated and strived to promote inclusion in school communities. It was broadcast virtually live from Khalifa University in Abu Dhabi. It is the first of its kind to distribute awards covering the activities and events of the Unified Champions Schools Program, which Promote the inclusion of people of determination with intellectual and developmental disabilities in regular schools, and the awards include 39 categories for sports, leadership, influence and sustainable inclusion.

The UAE Special Olympics said in a statement yesterday, “39 students, teachers and schools of various categories in the country have been honored, and more than 200 schools have been awarded the title of Unified School since the beginning of the 2021-2022 school year.” She added, “The Unified Champions Schools Awards Ceremony also included the announcement of the winners of the Unified Robotics Competition 2022, which was the biggest season of the competition since it was first launched in 2019.”

And she continued, “Among the honorees is Ghalia Al-Hindi, the former participant in the Unified Robotics Competition with her colleague Al-Yazia Al-Hadrami, and they established the Peoplability organization, which was funded by the UAE Special Olympics, to support inclusive youth leadership, linking people of determination with university and career opportunities.”