Horeca absolutely does not like softer music in nightclubs: ‘Possibly encourages illegal raves’ 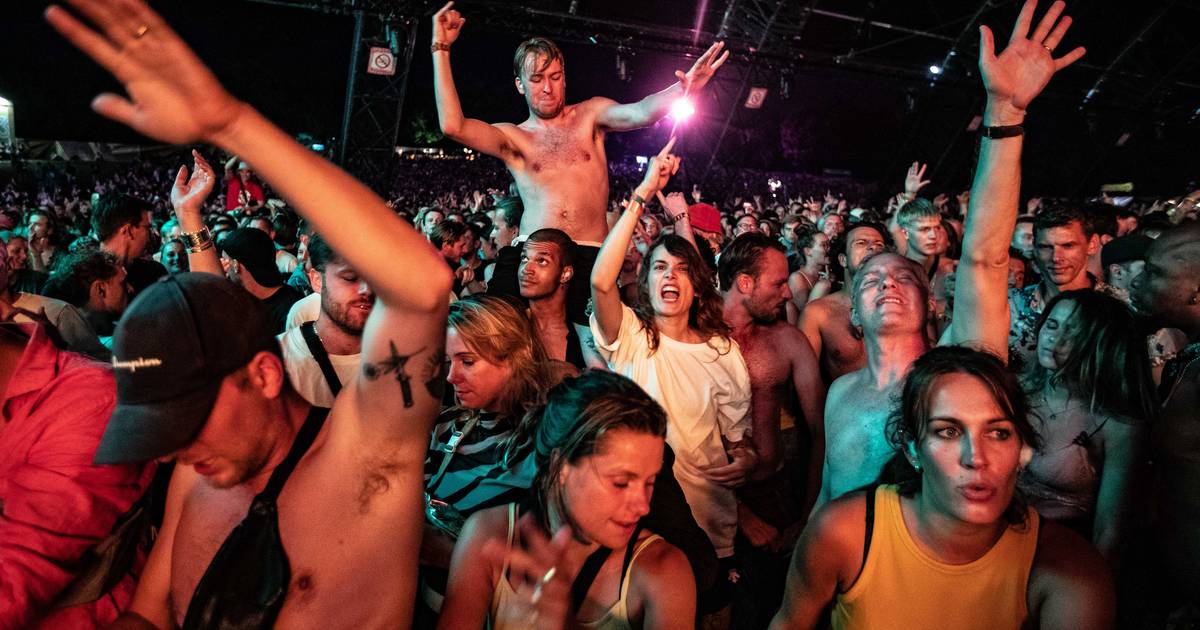 hearing damageThe catering industry is not in favor of a lowering of the noise standard in discotheques and bars. Hearing protection is primarily the responsibility of visitors, according to Koninklijke Horeca Nederland. However, according to the trade association, more money must be spent on prevention and information to bring more attention to the wearing of earplugs. “Because we recognize that hearing damage is a very serious problem.”

In the House of Representatives there is a call to look at a legal maximum of (for example) 100 decibels in places of entertainment. It has now been agreed that music may not exceed 103 decibels for more than fifteen minutes. But that agreement, laid down in a covenant in 2018, is non-binding. If an organization or disco does not comply, there is no warning or a fine.

“That non-commitment is a thorn in our side,” says Mohammed Mandis (PvdA). In this he receives support from JA21, Volt, CDA and the Party for the Animals, among others. To check the sound, every nightclub or pub where loud music is played should have a decibel meter, thinks Nicki Pouw of JA21. Such a meter should show the young people how loud the music actually is.

“That ties in beautifully with awareness, especially in view of the damage caused by gross exceeding of the noise standards,” says Pouw. Wybren van Haga (BVNL) adds: “If a limit of 100 decibels is seen by medical professionals as a safe limit, then it is certainly worth considering.”

Text continues below this poll.

Button down in nightclubs and festivals?

A legal noise standard alone does not solve the problem at all, according to KHN. “Turning down the music will first of all be at the expense of the experience. The visitors then stay away and go to other places to experience loud music. This may actually encourage illegal raves, where there is absolutely no control.” According to the industry, prevention is the only appropriate means. “The nightclubs are already working on that. Earplugs are already offered in many places and there are areas in some discos where you can retreat to give your ears a rest.”

When it comes to earplugs, the problem is that they are often too expensive for younger visitors, MPs believe. “I was recently at a concert where they cost 13 euros, which is quite a lot,” says Marieke Koekkoek van Volt. “My proposal: set a maximum of, for example, 6 euros, so that it becomes more attractive to purchase earplugs for a concert.” Lisa Westerveld of GroenLinks even advocates making them completely free. “It should be normal for people to wear hearing protection when music is loud.”

Incidentally, the House of Representatives agrees that only tackling the catering industry and events will far from solve the problem. Research by SafetyNL shows that a quarter of young people between the ages of 10 and 15 listen to music, videos or games on average for three to six hours a day with headphones or earphones. They often don’t do that at a safe listening level. According to the survey, six in ten young people do not use a volume limiter on their phone or tablet. This greatly increases the chance that they will suffer hearing damage.

It has been agreed in European legislation that the volume limiter of wireless earpods or headphones must be turned on by default. In practice, this is not always the case, SafetyNL concludes. Children who use music players run three times as much risk of hearing damage as a result of noise, according to research by Erasmus MC.

Since 2013, according to European legislation, a music device must be set to a maximum of 85 decibels by default. When the limiter is turned off, it can be a maximum of 100 decibels. A warning should then be displayed.

The entire House of Representatives is unanimous about the increasing number of patients with tinnitus: this is a worrying development. “It is really mega underestimated”, says PvdA member Mandis. “It is good that it is now being recognized, but as far as I am concerned it is not high enough on the political agenda. The conversation is not enough. We need to be smarter about it. Because tinnitus is a drama, it is terrible for everyone who has or gets it.”

The SP notes that events are only considered for noise nuisance that they cause for the environment. “It would be wise to include much more health damage in enforcement,” says Member of Parliament Maarten Hijink. “Now noise standards are used to limit nuisance to the environment, while you should also be able to intervene if the noise can cause hearing damage for the audience present.” Hijink cannot properly assess whether the current noise standard is the problem. “I think that the main focus should be on enforcement and information. You can lower a standard, but someone who stands in front of the speakers all evening can still suffer damage.”

CDA member Anne Kuik has a different opinion. As far as she is concerned, State Secretary Maarten van Ooijen will immediately start working on legislation. “And in the meantime, he will ensure that more sectors adhere to the agreements in the current covenant.” In a new campaign, the Hoormij Foundation is calling on Van Ooijen to look at the noise levels as soon as possible.

The State Secretary was asked to comment yesterday, but has not yet been forthcoming.

– Research by Erasmus MC shows that 14 percent of children between the ages of 9 and 11 have hearing damage.

– The cause of tinnitus is still unknown. What is clear is that 30 percent of people who suffer from it also develop hearing loss. It is estimated that 10 to 15 percent of the population is bothered by the nasty noise. In 1 to 4 percent, the nuisance is very serious.

– The World Health Organization (WHO) knows that half of young people between the ages of 12 and 35 regularly find themselves in situations that are harmful to the ears.

– According to the GGD, thousands of young people in our country are diagnosed with serious hearing problems every year.

– More than 2.5 million Dutch people, including many young people, suffer from (temporary) tinnitus in one way or another.

– In recent years, the Dutch Association for ENT has seen the number of young people with complaints about tinnitus ‘significantly increase’ during consultation hours.

– For some people, the torture of tinnitus is unbearable. In recent years, several people have taken their own lives for this reason.