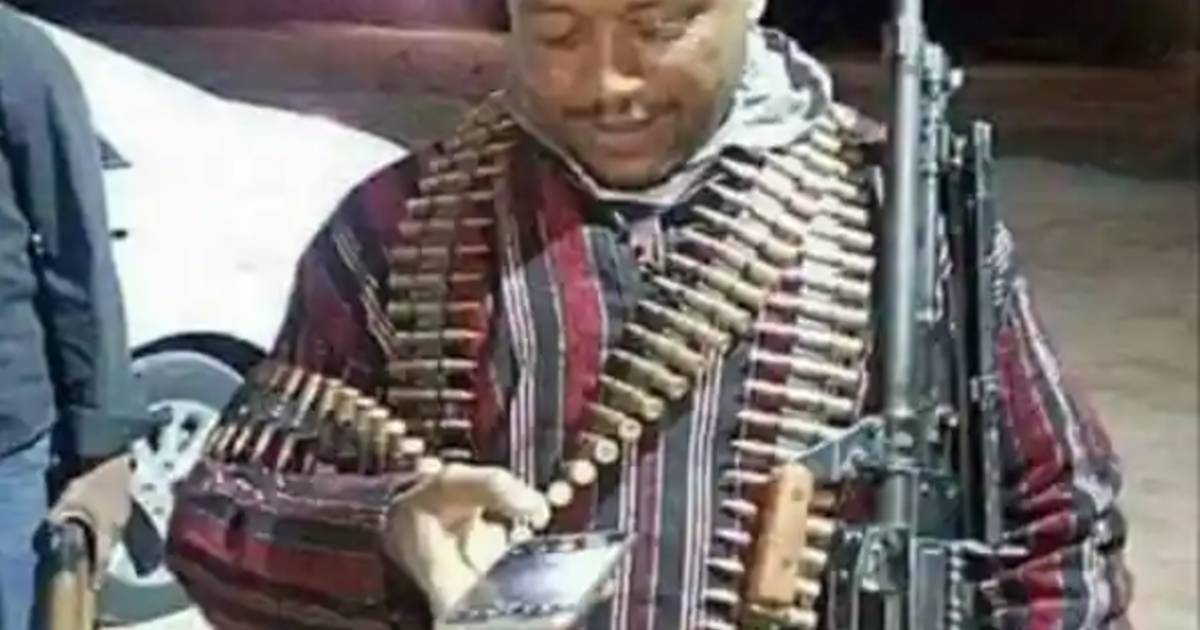 LawsuitFor years only the ‘little fish’ appeared in court, now an alleged leader of a notorious, international human smuggling gang is in court in Zwolle. Under the leadership of the Eritrean Walid, thousands of people are said to have been smuggled from Africa to Europe on boats. Along the way they were blackmailed, assaulted and raped. “I am not that man.”

The testimonials in the file are shocking. For example, an Eritrean woman living in the Netherlands was suddenly called by her brother’s number. When she answered she heard her brother screaming in pain. He was beaten up in a warehouse in Libya. The smuggler on the other end of the line demanded 8,000 euros. If the sister paid, the torture would stop and her brother could continue his journey to Europe. If she didn’t pay her brother wouldn’t survive.

Other witnesses saw people smugglers in the Libyan town of Bani torture migrants by pouring drops of hot plastic on their backs, handcuffing them and hanging them upside down and beating their wet bodies with snakes. Women watched gang leaders walk into a warehouse packed with detained migrants and take girls to rape.

A 39-year-old Eritrean, known by several names but often referred to as Walid, has been one of the leaders of the smuggling gang, according to the Dutch Public Prosecution Service. Between 2015 and 2020, many thousands of mainly Eritrean migrants are said to have been smuggled to Europe under his leadership. The often very young men and women flee from that country for many reasons: a brutal dictatorship, long military service that often results in forced labour, human rights violations, hopelessness, poverty. Once in Europe, Eritreans are usually granted asylum and a residence permit. In 2015, almost 8,000 Eritreans applied for asylum in the Netherlands, and in the following years several thousand.

However, the journey to that residence document is long and gruesome. Thousands were kidnapped by Walid’s group on their journey from Eritrea, via the desert in Sudan (‘death routes’, as the Public Prosecution Service calls them), and locked up in overcrowded sheds and homes in Libya. They were barely fed, had to share a few toilets with hundreds of people and were mistreated daily. They could only leave the detention centers after paying many thousands of euros, for which family members often had to go into debt.

Text continues below the image.

“If payment was made, they would be driven to the Libyan coast on full trucks,” the Public Prosecution Service said on Tuesday in a first interim session against Walid in court in Zwolle. On the coast, the group put the migrants on overcrowded, rickety boats ( without proper life jackets) on the Mediterranean Sea, towards Italy Hundreds drowned on that trip, thousands more were rescued by aid organizations or made it to the Italian coast themselves.

The people smugglers earned and are earning gold money from it in the meantime.

Walid was arrested in Ethiopia, that country sentenced him to 18 years in prison for human smuggling and extradited him to the Netherlands at the end of last year. Here he is being prosecuted by the Public Prosecution Service for leading a criminal organization that smuggled, took hostage, extorted, assaulted and raped people. Meanwhile, a second leader has also been arrested, the perhaps even more notorious Eritrean Kidane. He was arrested last week in Sudan in an international police operation led by the United Arab Emirates. The man is stuck in the Emirates. The Netherlands has requested his extradition, the OM told the court.

In the Irish Times newspaper, a victim recently described two men as ‘the most brutal smugglers of all. “Walid raped every pretty girl he saw, and Kidane was known to abuse people like animals.”

Text continues below the image.

European countries have been trying for years not only to bring the accomplices of the smugglers to justice, but also to bring the big(r) fish to justice. The Dutch Public Prosecution Service believes that it has the authority to bring Walid and Kidane to court here because some of the victims now live in the Netherlands and Dutch families have also been extorted. The OM investigated the case together with Europol, Italy and Sweden. “We will also bring five more people from the Netherlands to court, they are suspected of helping with the extortion,” said Public Prosecutor Petra Hoekstra.


I have never used violence against people and have never been to Libya.

The suspect himself denies being ‘Walid’. He has a completely different name, he argued in court. “I have never used violence against people and have never been to Libya. If I could have escaped to Libya, I would not have been in Eritrea for 19 years.” The Eritrean’s lawyer, Richard van der Weide, wondered ‘where the supposed assets’ of his client have gone. “According to the OM, he would loaded must be because of all the money he made from human smuggling, but all that has been seized is a 15-year-old Toyota and Ethiopian money worth 34.99 euros.”

In his tracksuit and with a flaxen beard, the Eritrean no longer has the appearance of a feared smuggler who posed with a band of bullets and a firearm around his shoulder. But, says the court, ‘there are firm indications that you are Walid’. The NFI is still investigating this further.

The malpractice in Libya has not stopped with the arrests of Walid and Kidane. Every day, migrants still board rubber dinghies on their way to Europe. Once there, they continue to tell stories of abuse, exploitation and extortion in Libya. The EU has been trying to stop migration to Europe for several years and has been providing financial support to the Libyan coastguard for several years. But migrants say that if they are intercepted by the Coast Guard and returned to Libya, they will again end up in detention centers from which they will have to buy themselves free.

The trial will resume in April.

Tilsa Lozano: what are the model’s nationalities and why did she decide to move to Peru?