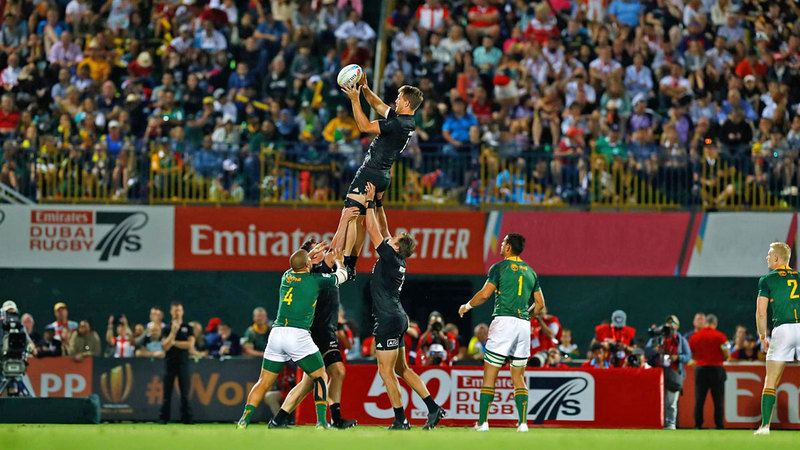 Dubai continues to consolidate its position as a preferred tourist destination at the regional and international levels, with its elements and attractions that distinguish it from the rest of the world’s cities, supported by modern infrastructure and tourism facilities designed according to the highest international standards. Sports events and tournaments are one of the main pillars that contribute to the growth of the tourism sector in Dubai, which is complemented by many events organized by Dubai as part of its annual agenda, in order to achieve the vision of His Highness Sheikh Mohammed bin Rashid Al Maktoum, Vice President and Prime Minister of the UAE and Ruler of Dubai, To make Dubai the best city to live, work and visit in the world.

The Secretary-General of the Dubai Sports Council, Saeed Hareb, said in a press statement: “Our wise leadership is aware of the importance of sport and its role in Dubai’s progress and development. To the position that we aspire to reach,” stressing that this global position that Dubai has reached is the result of huge investments in developing infrastructure and preparing sports facilities.

For his part, Executive Director of the Dubai Festivals and Retail Establishment, Ahmed Al Khaja, said: “Dubai has become a successful global model in the sports events sector, by hosting the most important international sports tournaments, which play a vital role in promoting the tourism sector in Dubai and ensuring its growth.”

Dubai Sports’ fame was not limited to football only, but gained wide fame, by organizing the Dubai World Cup, one of the most famous horse races in the world, with prizes amounting to 35 million dollars, and annually attracts the best golf players, by hosting the Dubai Ports Championship The World Golf Club, and the final round of the “Race to Dubai”, this year’s competitions attracted 50 of the game’s most famous stars, with a total prize pool of nine million dollars. One of the most prominent new events hosted by the Coca-Cola Arena in Dubai was the Tai Break Tens Dubai Championship, the first international tennis tournament to be held at this stadium, with prizes of 500,000 dirhams. As for tennis lovers, they are on a date with the Dubai Duty Free Tennis Championships, which is held at the Dubai Tennis Stadium in February every year, with about 5,000 spectators attending.

Recently, the Dubai Sports Council and the Dubai Economy and Tourism signed a joint memorandum of understanding with the Continental Hockey League and the Russian Avangard Ice Hockey Team, with the aim of promoting this winter sport in Dubai.

At the level of cricket, whose followers around the world are estimated at about two billion followers, the International Cricket Council announced the transfer of its headquarters from the famous Lourdes Stadium, approved 100 years ago, to Dubai, confirming the distinguished position of the city as a leading global center for sports, and Dubai hosted the World Cup finals. The 2021 T20 cricket is in its seventh edition.

The Emirates Airline Dubai Rugby Sevens, which takes place from 2-4 December 2021 at the Sevens Stadium, is one of the most popular sporting events among fans of this sport in Dubai and the world. Dubai is also famous annually for the “Dubai Fitness Challenge”, which encourages residents and visitors to the emirate to practice 30 minutes of daily activity for 30 days. As for the long-running enthusiasts, they are in for a date with the highly anticipated Standard Chartered Dubai Marathon, which will start at the beginning of 2022, attracting more than 30,000 participants annually.

“Dip Dive Dubai” is one of the latest additions to the quality sports facilities in the emirate. After its opening this year, this facility provided an ideal place for water sports enthusiasts. It also set a world record in the Guinness Book of Records thanks to the swimming pool and the first diving from Its type is 60 meters deep.

Dubai is one of the safest destinations in the world, with an impressive range of specialized training facilities, which constituted an ideal choice for international athletes ahead of the Tokyo Olympics 2021. The Hamdan Sports Complex is the largest multi-use facility in the world, hosting many sports competitions throughout the year, as well as At the beginning of each summer, the Dubai World Trade Center hosts the events of the Dubai Sports World.

The most prominent world championships and events

• Moving the headquarters of the International Cricket Council to Dubai.

• «Dip Dive Dubai» is one of the latest additions to the quality sports facilities in the emirate.