Houthi massacre by drones..a child was killed and 7 from one family were injured 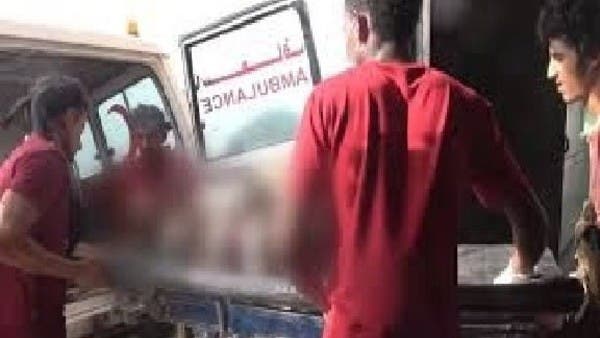 A child was killed and seven others, including women and children, were wounded, today, Monday, in a Houthi massacre against civilians, caused by direct bombing by drones on a residential village, south of Hodeidah, west of Yemen.

The military media of the joint forces said that the Houthi militia targeted, with drones, the village of Al-Run, located to the north of the Hays district, south of Hodeidah.

He explained that the Houthi bombing resulted in the death of the 7-year-old child, Ayman Abdo Ahmed Abkar, and the injury of seven members of his family.

He reported that a medical team from the joint forces rushed to the targeted village and transferred the wounded to the field hospital in the city of Mocha.

This Houthi massacre against civilians in Hays district comes in light of the continuation of the humanitarian truce sponsored by the United Nations, and the Houthi militia is exploiting it to mobilize its forces and target populated neighborhoods and villages.