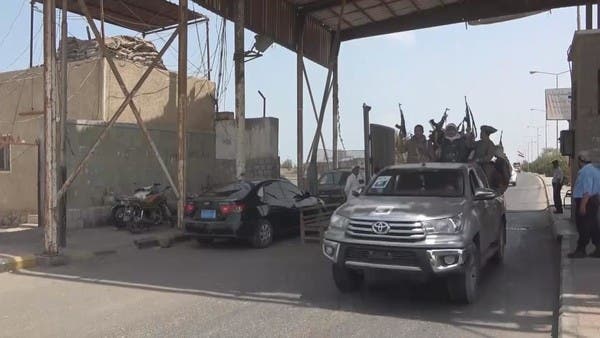 Drug smuggling activity in Yemen escalated to unlimited levels, with the Houthi militia coup and its takeover of the capital, Sanaa, in September 2014.

And the local media reported what security sources revealed that the Houthi militias are running multiple networks to smuggle drugs to Yemen and neighboring countries, with the help of the mafia networks of the Iranian Revolutionary Guards and the pro-Iranian Lebanese Hezbollah.

Marib Press quoted security sources as saying that since its takeover of Sanaa, the Houthi group has dominated the contraband trade of all kinds, and subjected all local smugglers to its authority, taking advantage of its control over the security and military services.

The sources said that the Houthis began releasing dozens of detainees for smuggling or promoting and selling drugs, stipulating that they work for the group, adding that after their release they received money and facilities to restore their activities in the contraband trade.

In September 2016, the Houthis released drug dealers, including 82 prisoners from the central prison in Sana’a, most of whom are drug dealers, and 4 drug dealers were released from the two centers of Hajjah Governorate.

Security sources revealed that the Houthi militia arrested a number of hashish dealers in Saada, including 950 men and 50 women, who were working in smuggling networks in order to contain them to work under its command.

After bringing the country’s professional drug dealers under its control, the Houthi militia rehabilitated its own new dealers and smugglers, in cooperation with the IRGC and Hezbollah mafia, to cover its plans to double revenue by reviving the drug trade.

According to security information and documents, the Yemeni security services and the joint naval forces seized about 78 drug shipments while smuggling them to Yemen during the period between September 2016 and April 2022.

According to the information, all of them were seized inside Yemeni territory except for 12 shipments that were seized off the coast of Yemen since July 2020, and they were either within arms shipments or independent on boats or smuggling ships.

Over the past year, about 5 tons of narcotics were seized and destroyed with the participation of the competent authorities. Of the seized, more than 6,000 Captagon pills, 330 cocaine, about 530 crystal pills, and about 116 kilograms of heroin.

The smuggling activity spread in an intense and unprecedented manner in the country’s history, and the smuggled shipments included huge quantities of drugs, some of them in tons, that were smuggled through main roads and secondary smuggling routes inside Yemen, while most of them entered through the ports and coasts of Hodeidah.

Two security sources, one of whom is a former security official in Al-Jawf Governorate, said that the drugs come from Iran, Lebanon, South America, Pakistan and Afghanistan, and they are bought and smuggled by the Iranian mafia in cooperation with the Houthi militia, which is smuggling them within Yemen.

Among the reasons for the boom in the drug trade, is the Houthis’ need to mobilize fighters to the battlefronts and ensure their survival there.

The sources revealed the increasing spread of drugs among the Houthi militia fighters on the fronts, stressing that many of them have become addicted to cannabis and narcotic drugs and join the fronts in order to obtain them.

The sources confirmed that these Houthi leaders are linked to the Iranian mafia and the Hezbollah mafia, which has been active for many years in smuggling and trafficking in drugs and antiquities in various countries of the world.

On the way drugs reach Yemen, the security and military sources explained that they are smuggled mainly through the shores of Hodeidah and its three ports, which are under the control of the Houthis, and are not subject to any inspections or oversight.