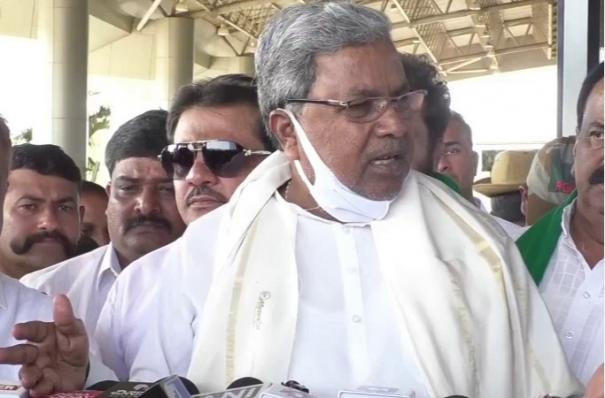 Hubali: Former Karnataka Chief Minister and senior Congress leader Siddaramaiah questioned how can I be anti-Hindu when I am a Hindu. Siddaramaiah, the Leader of the Opposition in the Karnataka Legislative Assembly, criticized Siddaramaiah as saying, “Chief Minister Basavaraj is a puppet who trembles like a puppy when he sees Prime Minister Modi.”

In this regard, he said, “I am a Hindu. How can I be anti-Hindu when I am a Hindu. I am against Hinduism. I am against politics based on Hinduism. It is mentioned in the Constitution of India that all religions are equal. So I said so. My speech was really misunderstood. .My intention is not to insult CM. They call me dakaru (goat) and huli (tiger). So that’s a drag? Comparing humans to trees and animals is common in rural areas of Karnataka. That’s how I criticized CM.

Controversial Speech: Speaking at a Congress meeting in Vijayanagar earlier, Siddaramaiah said, “Basavaraj Puppet and other leaders of the BJP will turn like a puppy if they see Prime Minister Modi.” They stand trembling. The state government has requested to allocate Rs 5,495 crore as a special fund for Karnataka. But Union Finance Minister Nirmala Sitharaman has said that such a huge amount cannot be provided.

Chief Minister’s response: Commenting on Siddaramaiah’s criticism, Chief Minister Basavaraj Tommy said, “It is his routine to talk like this. I don’t want to answer this. But the symbol of gratitude is the dog. I am also doing my duty with gratitude to the people of Karnataka. So, even if they call me a dog, I take it positively and work for people. “I am not dividing the society like the Congress party is doing,” he said.