How do you make any monitor work as a secondary monitor for your computer? 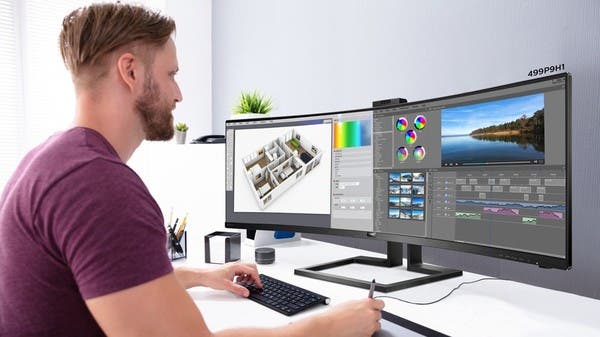 The secondary screen greatly increases your productivity, because it gives you more space to view your work.

Therefore, it is an indispensable tool for anyone who works in editing or even wants to monitor more than one thing at the same time.

Ways to connect a secondary monitor to a computer has evolved from the past, as you need to connect these monitors using a lot of connections.

Here are a set of ways to help you connect the secondary monitor to your computer.

This app turns your iPad into a secondary screen for Windows or Mac, even though your Mac has this feature built in by default which is Sidecar.

You can use the app very easily as all you need to do is install it on your computer, and then connect it to your iPad that also has the app installed.

The app also works with Android devices, so you can use your Android tablet as a secondary screen via this app.
But you need a wired connection between the two computers for the app to work efficiently.

This application turns your iPad screen into a secondary screen for any Windows or Mac computer.

It comes from an Apple developer who worked on SideCar, so you can expect higher performance than any other app.

You can use the Duet Display with any Android device, Chromebook, or IOS device, and the application also works wirelessly with the computer.
So it saves a lot of annoying connections.

You can use a Chromecast device to wirelessly connect any old or new TV screen to your computer.

Where you can display any desktop from your Windows device to the screen connected to the Chromecast device directly and wirelessly.

However, this method displays a copy of the main screen on the secondary screen you are using, which is different from using two screens together.

As for Apple users, they can do the same via Airplay and Apple TV.

But Apple allows the Apple TV to function as a true secondary screen and not just a mirror for the main screen.

After Apple announced Unified Device Control, Sidecar is the perfect way to get a secondary display without wired it up.
This method allows the iPad screen to function as a complete secondary screen separate from the main screen.

It’s like having another monitor attached to your device, which is why it’s very practical and recommended for all Apple device owners.

You can connect more than one monitor through wires, but the computer must support this feature at first.

This feature does not need any additional or super specification, but only additional screen outputs.

The disadvantage of this method is that there are a lot of wires on your desk, which is annoying to some.