How was Messi and Ronaldo meeting in Riyadh? (Video) 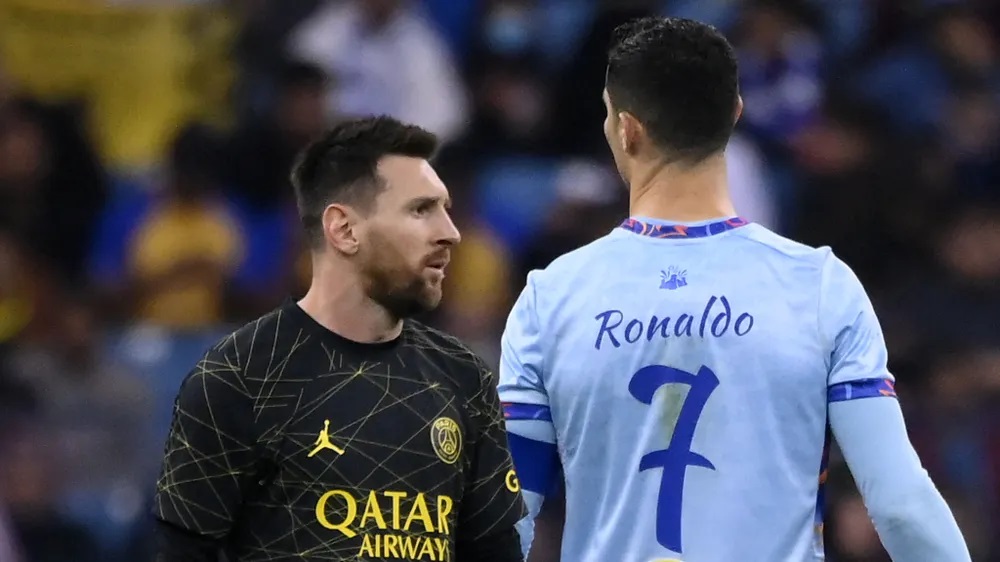 Argentine Lionel Messi expressed his happiness at meeting Portuguese Cristiano Ronaldo in the Saudi capital during the Paris Saint-Germain match and the Riyadh season team (Al-Nasr and Al-Hilal Stars) by posting a video on his account on “Instagram” while shaking hands with him in the players’ corridor and hugging them before the start of the match.

It was the first time that the two stars met since December 2020, and the match ended with a 5-4 victory for Messi’s friends, during which Lionel scored a goal, Ronaldo scored two goals, and won the best player award in the match.