How will the Republic Day celebrations be this year? – Detailed information 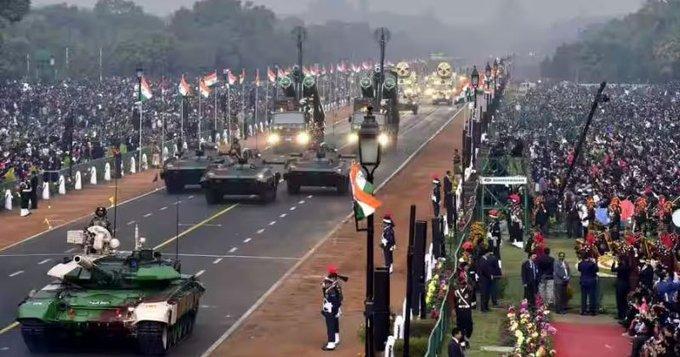 First line for common people: The theme of this year’s Republic Day celebration is Republic Day Celebration with public participation. The Union Ministry of Defense has issued a notification to this effect. Because of this, the first row of the Republic Day celebrations is reserved for ordinary citizens including laborers who built the Parliament building, rickshaw pullers, load lifters, vegetable sellers, milk sellers. They are called special invitees. They sit in the first row reserved for VVIPs.

President of Egypt as Special Invitee: The route, earlier known as Rajpath, was declared a duty route last year. After this, for the first time, the Republic Day parade is going to be held on the duty route. Egyptian President Al Sisi has been invited as the special guest of this year’s Republic Day celebrations. There will also be a parade in which 180 soldiers of the Egyptian Army will participate in the Republic Day ceremony.

Full-scale military training: Rehearsals for the military parade to be held on Republic Day were held in Delhi today in full scale. In this, a large number of military vehicles including artillery, missile carrying vehicles, vehicles equipped with technologies to destroy enemy missiles and helicopters participated and marched. The military parade was also held in a grand manner. A large number of people witnessed this parade and enjoyed it.

Over the past few days, various units of the Army have been conducting separate exercises in the line of duty in Delhi. Parades were held by the Air Force, Navy, Paramilitary Forces and Women’s Corps. During Air Force exercises, airmen engage in flying adventures. During the rehearsals, events such as various planes flying close to each other in the same direction at the same time and showering tricolor flowers in the sky were shown. This year 50 Air Force aircraft will participate in the Republic Day celebrations. For the first time this year, the Garuda Commando Squadron of the Indian Air Force will participate in the Republic Day Parade.

It has been announced that Lt Commander Disha Amrit will lead a naval contingent of 144 sailors in this year’s Republic Day parade. Hailing from Mangalore, he is the commanding officer of the Indian Navy’s Tornier 228 maritime patrol aircraft.