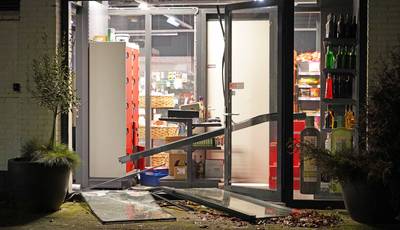 Just after midnight, the alarm suddenly went off at Hinderik’s home, for an incident in his supermarket. As a matter of urgency, he called the police and got in the car to his store. Upon arrival, it turns out that a drunk resident of The Hague had caused about 30,000 euros in damage with his Mercedes and then fled. “The facade, scaffolding, whiskies, everything was damaged.”