Humiliating defeat for Liverpool, a “hat-trick” for Lewandowski and the realism of Bayern. Find out the full results of the first “Champions” round 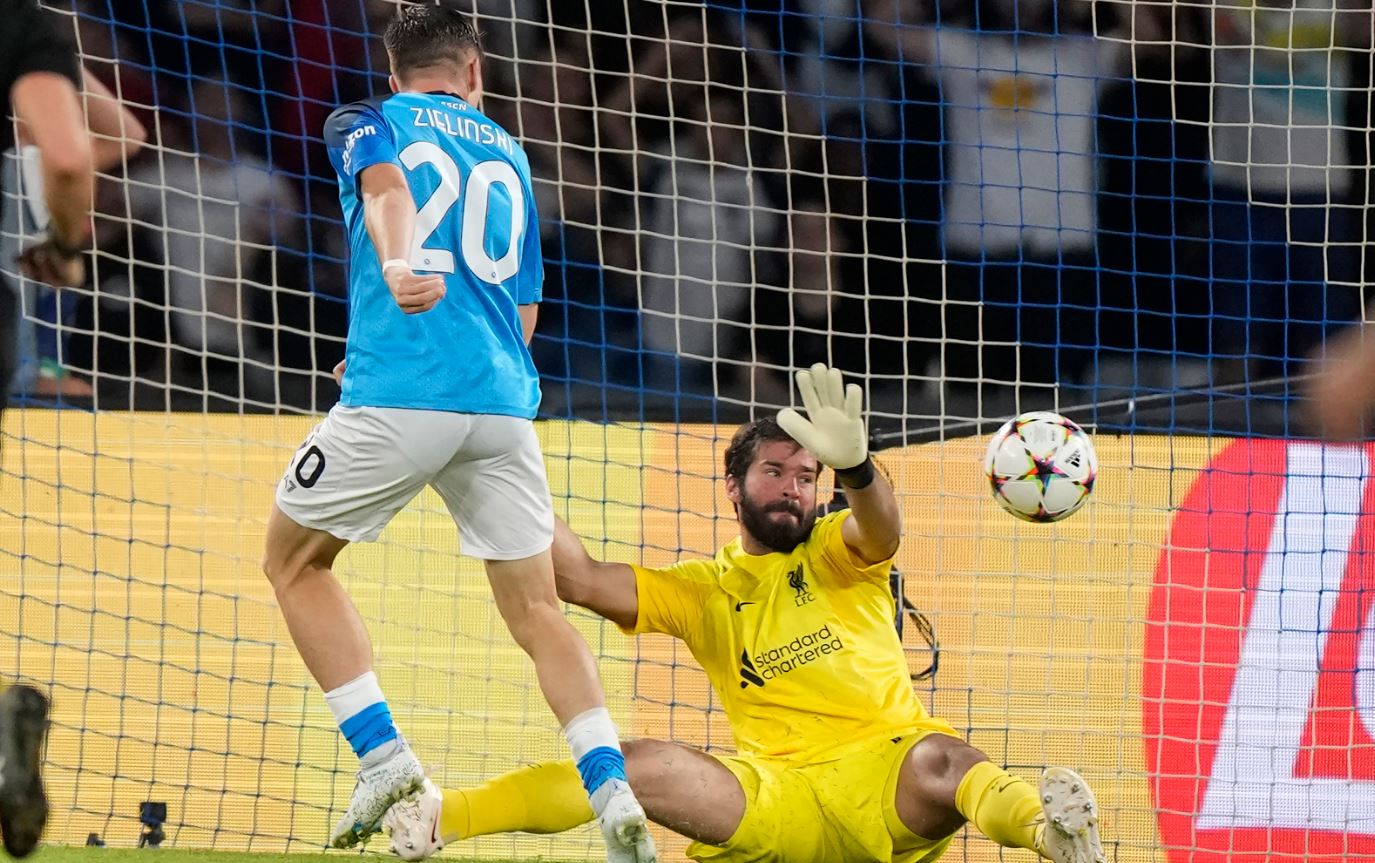 After nearly three months of competing for a historic quartet, Liverpool finds itself in a very embarrassing position, after its ordeal increased by receiving yesterday a humiliating defeat at Napoli, Italy, 1-4 at the start of its Champions League campaign, which reached its final match last season. The defeat of the German coach Jurgen Klopp’s team at the Diego Armando Maradona stadium in the first round of the first group competition revealed the extent of the problem faced by the “red” at the beginning of this season.

The issue is not only related to losing the third time in a row from the stronghold of Naples, but that the team is in seventh place in the Premier League after 6 stages.
On Wednesday, Klopp did not want to delve into the analysis of the crisis the team is going through, saying, “I need time to say the right things, but the situation is not 100% clear now.”

Wednesday’s defeat was Liverpool’s biggest continental defeat since the loss in the second round of the European Champions Cup against its current opponent in the group, Ajax Amsterdam, 1-5 in 1966. There was a possibility that the “Reds” would return from the Italian south with a heavier defeat if the Brazilian goalkeeper Alison Becker had not saved a kick. A penalty for Nigeria’s Victor Osimhen in the first half, which the owner of the land finished 3-0 ahead, before adding a fourth at the beginning of the second.
Klopp’s team won only two of the seven matches it played this season, locally and continentally, in a series that included a 1-2 loss to rivals Manchester United.
slow start problem

The “Reds” suffer from the problem of a slow start not only this season, but an extension of last season, as he was the owner of the goal to advance only once in the last 14 games in all competitions. “It seems we have to reproduce ourselves,” Klopp told BT Sport. “A lot of things are missing. The fun part (sarcastically) is that we need to do it in The middle of the Premier League season and the Champions League campaign.”

He continued, “In three days we will play Wolves (Wolverhampton in the Premier League), and surely they can’t stop laughing after they watched tonight’s match and thought it was the perfect moment (to bring down his team). If I were them, I would do the same and said it’s the perfect moment, but we have to. To try to find a combination to be better in everything.” There is not much time for Klopp to find solutions in light of what awaits next week against Ajax at “Anfield” and then at Chelsea in the domestic league, before he breathes some sigh of relief with the pause due to the international matches window. The German coach admitted, “We are not working as a team. We are not playing well enough. This is clear, this is clear and everyone sees it. We are playing in the strongest league in the world and we have a strong group in the Champions League, but this is the task that we have to deal with.” .

Barcelona and Bayern Munich opened their campaign strongly, and Barcelona beat its guest Viktoria Plzen 5-1 in the first round of the Group C matches, while Bayern Munich achieved a deserved victory 2-0 at its Italian host, Inter, to send a strong message to their competitors at the beginning of their career in the competition. Continental.

At the Camp Nou, Ivorian Frank Kessie opened the scoring for Barcelona in the 13th minute, before veteran Polish star Robert Lewandowski wore the championship dress in the match, by scoring 3 consecutive goals for the Catalan team in the 34th and third minutes of the first half, and 67 Respectively.
Ferran Torres concluded Barcelona’s goals in the match, scoring the fifth goal in the 72nd minute, while the goal to save Victoria Plzen’s face came in the 44th minute through Jan Sikora.

And at the (Götzepi Meazza) stadium, Bayern Munich won a precious victory from the stadium of its host, Inter, after beating it 2-0, to boost its hopes early in qualifying for the playoffs in the competition, by being in one of the first or second places in the group standings. Bayern advanced with a goal signed by Leroy Sane in the 25th minute, while Danilo Di Ambrosio, Inter’s player, scored an own goal against his team in the 66th minute, scoring the second goal for the Bavarian team.