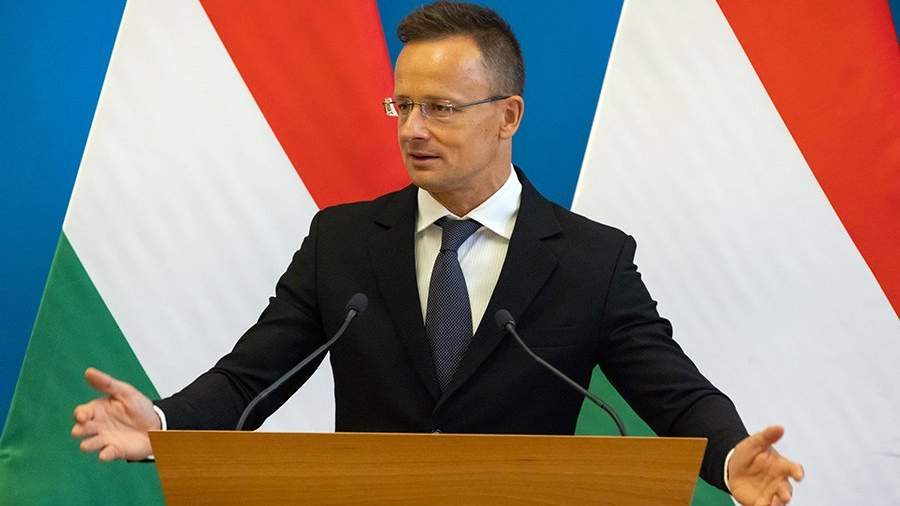 Hungarian Foreign Minister Peter Szijjarto, commenting on the situation with the provision of financial assistance to Ukraine, said that the European Union was not created in order to become a “loan union.”

At the same time, according to him, reports that Budapest has ever blocked the provision of assistance to Kyiv are a blatant lie.

“We have made it clear that we will give up our share of the 18 billion euros that we have outlined in Brussels. But we will give it back on the basis of a bilateral agreement concluded with Ukraine. <...> Because we think that the future of the European Union does not lie in the direction of common debt. The European Union was not then created to become a “loan union,” Szijjarto told reporters on November 24.

The head of the Hungarian Foreign Ministry added that EU member states can provide support to Kyiv from their reserves if they are “so proud of helping Ukrainians.”

Earlier on the same day, the European Parliament approved a new EU support package for Ukraine worth up to €18 billion for 2023.

In turn, the Hungarian authorities announced that they intended to transfer €187 million of their share from the pan-European loan to Kyiv.

The speaker of the National Assembly of Hungary, Laszlo Köver, noted in September that the European Union is the losing side in the conflict over Ukraine, regardless of how it ends.

Western countries have stepped up military and financial support for Ukraine against the backdrop of Russia’s special operation to protect Donbass. The decision was made against the background of the aggravation of the situation in the region as a result of shelling by the Ukrainian military.