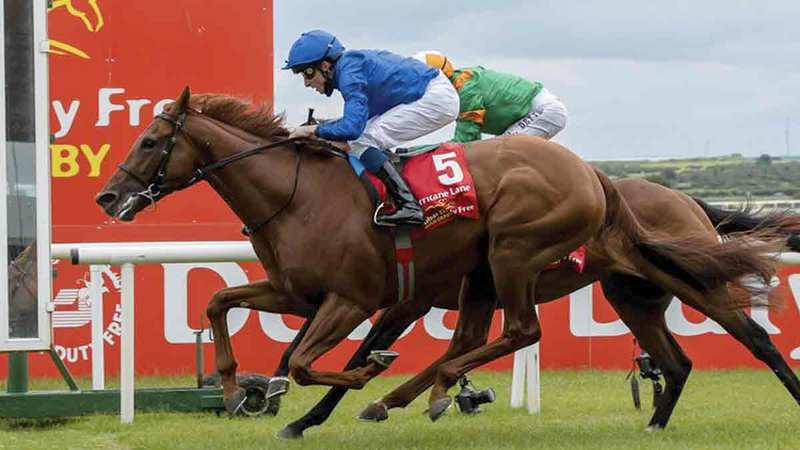 Hurricane Lane, with the Godolphin logo and the supervision of coach Charlie Appleby, was crowned the champion of the “Irish Derby” race, which took place yesterday at the “The Cra” track in Ireland, and was designated for purebred hybrid horses “Group 1” for a distance of 2,400 meters grass.

The jockey, William Buick, succeeded in maintaining the capabilities of “Hurricane Lane” in the early stages of the race, and staying close to the constellation of horses in front, before unleashing him in the last 400 metres, overtaking his competitors, capturing the lead, and crossing the finish line in first place, with a time It reached two minutes and 33 seconds and 85 parts of a second, a neck difference from its closest competitor, the “Lone Eagle”, owned by the stables of “Baly Lynch” under the supervision of coach Martin Mead, led by the expert jockey Frankie Dettori, while the third place went to “Wordsworth” owned by “Wordsworth”. Derek Smith, John Magnier and Michael Tabor”, under the supervision of coach Aden O’Brien and led by jockey Siamese Heffernan.

With the victory of Hurricane Lane, the famous blue Godolphin logo succeeded this season in achieving the achievement of combining the titles of the “Irish Derby” and the “English Derby”, after the pony, “Adair”, was crowned, in early June, with the title of “English Derby”. At Epsom Racecourse.