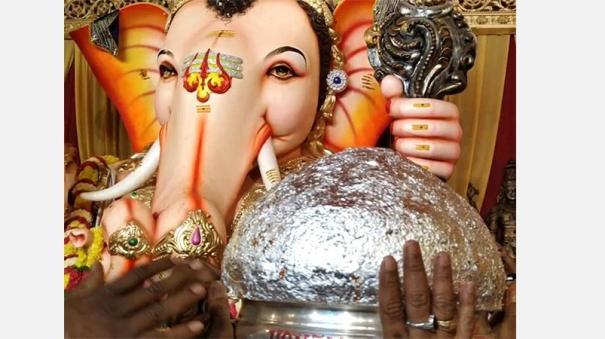 Hyderabad: Lattu Prasad is placed in the hands of Lord Ganesha in Hyderabad Balapur on the occasion of Vinayagar Chaturthi every year. After 10 days of pujas, on the day of Vijarsan, the Latdu Prasad will be auctioned.

There is fierce competition for this, and thousands of Ganesha idols placed in Hyderabad yesterday were taken in a procession and dissolved in many water bodies including Hussain Sagar Lake. Balapur Ganesha idol procession was also held yesterday. As the procession begins, the lattu prasadam is auctioned off. Many people participated eagerly to bid for it. In the end, Lakshmi Reddy, a member of the Ganesh Utsava Committee, auctioned the Lattu Prasadam for Rs 24.60 lakh. Ministers Sabitha Indira Reddy, Thalasani Srinivas Yadav and many others participated then.

Lattu Prasad was first auctioned in 1994 for Rs.450. Following this, the auction of Lakh Prasadam gradually increased and now the auction has reached Rs.24.60 Lakhs.