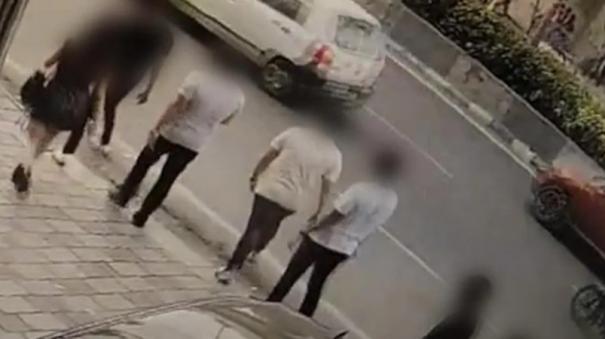 The son of Azaduddin Owaisi’s All India Majlis-e-Ittehadul Muslimeen (AIMIM) party MLA has been arrested by the police in a case of sexual abuse of a Hyderabad girl. All six accused in the case have been arrested and are being held in police custody. One of the six is ​​the son of an AIMIM MLA. He is said to be a minor.

Commenting on what happened in the case, Hyderabad Police Commissioner CV Anand said, “The idea for the party was given by a boy from Bangalore. He has come to the pub and they have hatched a conspiracy from within the pub.

At 3:15 pm, after the party was over, one of the six detainees, Sadhudeen, was approached by a minor boy who allegedly took the girl and dropped her off in a car. There is strong evidence against the accused. Of these 6, Saduddin Malik is 18 years old. Minor age for others. Of these, only five perpetrators, including Saduddin Malik, have committed sexual assault. He got out of the car before the fifth minor was sexually assaulted. “

The birthday party was held on May 28 at a popular pub in the Jubilee Hills area of ​​Hyderabad. All those who attended the ceremony were 11th and 12th class students from a popular school in the area. Many of them have political and some power backgrounds.

A 17-year-old girl also participated in the event. When the party was over, some of the boys approached the girl and loaded her into the car, saying they would take her home safely in the car. But the 5 boys in the car on the way sexually abused the girl. The girl did not tell her parents about the abuse. But the parents, who saw the injuries on the girl’s body, questioned her. The girl then told her father to tell the truth and lodged a complaint at the Hublihills police station in Hyderabad.

The BJP has been campaigning for justice in the incident. Thus it has become a sensational affair across the state. The governor is directly overseeing the case.